Need for Speed Wiki
Register
Don't have an account?
Sign In
Advertisement
in: Vehicles, Cars, Chevrolet,
and 25 more

The Corvette Sting Ray appears in the PC, PlayStation 3, and Xbox 360 releases of Need for Speed: ProStreet as a tier 2 car priced at $60,000. It is unlocked upon the player winning the Super Promotion Showdown: Chicago raceday.

It is best utilised in Drag events as it has quick acceleration. Players can also use the car in Grip events but should be aware of heavy oversteer due to its shifting weight.

The Corvette Sting Ray appears in Need for Speed: Undercover as a tier 3 car priced at $70,000 and is unlocked upon the player reaching Wheelman Level 5.3.

The player must steal a black Corvette C2 in the Job mission Eyes in the Sky. They must escape the cops and deliver the car to Zack Maio.

Its acceleration is up on par with the Toyota Supra and Mitsubishi Lancer Evolution although it cannot keep up with other muscle cars such as the Chevrolet Chevelle SS in this category. When fully upgraded, it is capable of reaching 210 mph (339 km/h).

Despite being a torquey car, the Stingray seems to do well in corners and has a decent nitrous boost. It turns much better than the Chevrolet Chevelle SS due to being up to par with the Ford GT40's handling. Top speed is 190 mph (305 km/h).

The Corvette Sting Ray appears in Need for Speed: Shift as part of the downloadable Team Racing Pack. It appears as a tier 2 vehicle with a 6.30 car rating and a $0 price tag.

The Corvette Stingray appears in Shift 2: Unleashed as a Muscle Legends Road vehicle with a rating of C 550, a price tag of $95,000, and a 3.31 handling rating. The Stingray is most useful in drag events.

The Corvette Stingray was planned to be included in PC, PlayStation 3, and Xbox 360 releases of Need for Speed: Most Wanted (2012), but was not present at release although some references for it can be found in the game's files.[2]

The Corvette Sting Ray appears in the Android and iOS releases of Need for Speed: Most Wanted (2012) as a Muscle class vehicle. It is the 7th Most Wanted vehicle in the game under the alias of "SPIDER".

It is unlocked upon the player completing the Spider to the Fly event at Beltway with a Sports vehicle. Upon defeat, the Corvette Stingray 427 will be available for purchase at $100,000 in the Muscle category.

It has good speed and acceleration statistics. Its handling is rated somewhat lower though.

The Corvette Stingray 427 C2 appears in Need for Speed: No Limits as part of the Enigma Complex update in the "Proving Grounds" event that took place from March 8, 2021 to March 15, 2021.

The Corvette Stingray 427 C2 is a muscle class car that requires 40 legendary blueprints to unlock. The blueprints required to unlock the vehicle can be found from various sources: 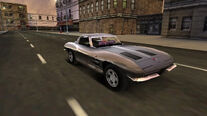 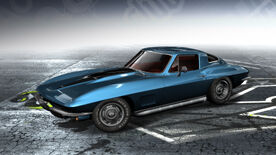 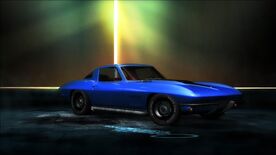 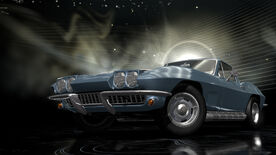 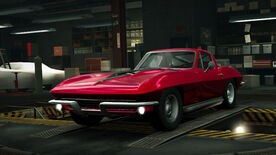 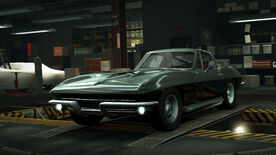 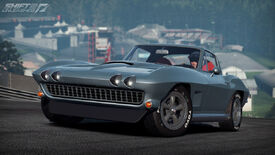 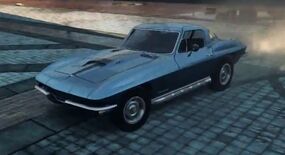 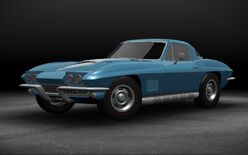 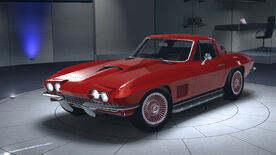