Need for Speed Wiki
Register
Don't have an account?
Sign In
Advertisement
in: Vehicles, Cars, Race Car,
and 14 more

[1]
The Chevrolet Corvette C6.R is a grand tourer racing car built by Pratt & Miller as well as General Motors for competition in endurance racing.

Six C6.Rs had been built by Pratt & Miller by the end of the 2007 season. A development car was built on a C5-R chassis but adapted to carry C6.R bodywork.

The Corvette C6.R appears in Need for Speed: Most Wanted after the player reaches 100% completion of the game. It can be only used in Quick Race mode. It features a yellow paint scheme and multi-spoke rims.

In Challenge Series events #57 and #58, players have to drive a silver Corvette C6.R.

The Black Edition release of Need for Speed: Most Wanted includes a red C6.R.

The Corvette C6.R appears in Shift 2: Unleashed alongside the GT3 variant of the Z06R as a Modern GT1 class vehicle with a price tag of $615,000.

It is available in the car dealer with the livery of the #11 Mad-Croc Racing Chevrolet Corvette C6.R GT1. The C6.R has a performance index rating of A 1810 and 5,55 handling rating. 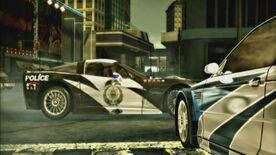 Need for Speed: Most Wanted
(Cross) 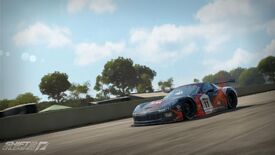