Need for Speed Wiki
Register
Don't have an account?
Sign In
Advertisement
in: Vehicles, 2010s, Chevrolet,
and 15 more

The 2010 Corvette Z06.R GT3 is a competition variant of the Chevrolet Corvette C6 Z06 and was built to compete in FIA GT3 category GT racing. The cars are built by Callaway Cars at their facility in Leingarten, Germany and raced in the FIA GT3 European Championship.

The first three Z06.Rs were built for Callaway with the rest for privateers. Ten have been built to compete in FIA GT3 as well as the ADAC GT Masters and Belcar series.

The Corvette GT3 2010 appears in Need for Speed: Edge with an S class performance rating. 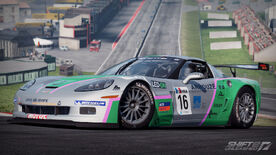 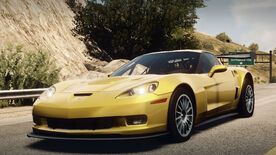