Need for Speed Wiki
Register
Don't have an account?
Sign In
Advertisement
in: Vehicles, 1990s, Chevrolet,
and 11 more

A ZR-1 model was released in 1990 with development from Lotus in the form of a new V8 engine, unique air management system, brakes, and steering system. It displayed stunning acceleration and handling compared to previous Corvettes and C4 models, but was priced at double the cost of the base C4 Corvette.

Additional changes were made in 1992 with the addition of a traction control system, as well as in 1993 with improvements to the LT5 engine, including altered cylinder heads, exhaust, and valvetrain by Lotus. This increased the engine's power output to 405bhp.

The ZR-1 went on sale in a coupe form with a wider tail section, 11" wide rear wheels, a new convex rear fascia with four square shaped taillights, and a CHMSL attached to the top of the rear window.

The Corvette ZR-1 appears in The Need for Speed.

In all releases, following the 3DO original release, it is grouped in Class B alongside the Dodge Viper RT/10 and Porsche 911 Carrera. It has the highest top speed in its class.

It can only be selected with a dark green body colour although, in the PlayStation and Sega Saturn releases, it can appear in dark red when driven by A.I. and split-screen opponents. 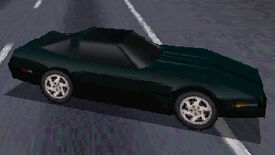 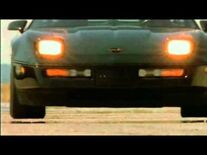