Need for Speed Wiki
Register
Don't have an account?
Sign In
Advertisement
in: Vehicles, 1970s, Chevrolet,
and 26 more

4-speed Manual
1,675 kg (3,693 lbs)
The 1970 Chevrolet El Camino SS is the high-performance model in the El Camino coupe utility line-up, and its name literally means "The Path" in Spanish.

It was manufactured between 1968 and 1972, with it being most powerful model in its range.

While the 1970 model year strongly resembles the Chevrolet Chevelle SS, its front fascia were redesigned for the 1971 model year.

Despite its large size, the El Camino SS has great handling and only needs to brake in difficult corners, being on par with the 1969 Ford Mustang Boss 302 in that field. The El Camino SS also has great straight-line performance; its acceleration is on the same level as most high-performance B class or C class competitors and its nitrous boost is powerful. Its stock top speed is 162 mph (260 km/h) and 176 mph (283 km/h) when nitrous is used.

The Blue Juggernaut style is a juggernaut car previously priced at

It was replaced with a SpeedBoost purchase option on August 22, 2012, and costs

The Vengeance style is a drag car that costs

The El Camino appears in Need for Speed: The Run as a Muscle class car.

Its inclusion was revealed by the official Need for Speed website on October 7, 2011.

The stock El Camino SS is unlocked from the beginning of the game.

The "Cesar DeLeon" Signature Edition El Camino SS is unlocked upon the player defeating Cesar DeLeon in Stage 10 of The Run.

The Need for Speed Edition El Camino SS is unlocked upon the player beating 20 Group Objectives in multiplayer Playlists. 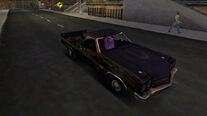 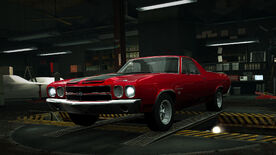 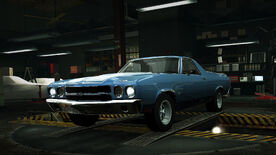 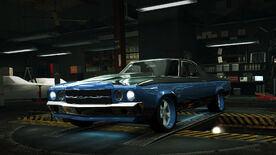 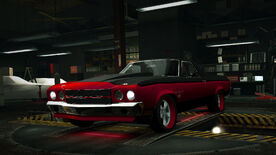 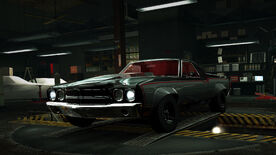 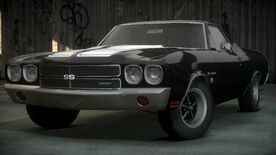 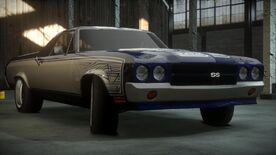 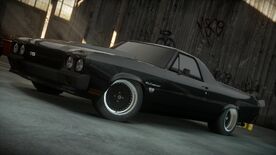 Need for Speed: The Run
("Puppet") 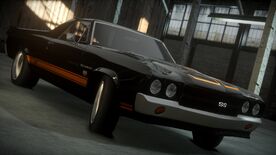 Need for Speed: The Run
(Need for Speed)
Community content is available under CC-BY-SA unless otherwise noted.
Advertisement