Circle Rose is a Circuit event that appears in Need for Speed: Most Wanted and appeared in World as College Mall.

It is the first part of the Rival Challenge event against Blacklist #11 - Big Lou - within the career mode in Most Wanted. In World, it was restricted to C class vehicles.

The route takes place within the central and eastern areas of Rosewood, with a start and finish in Downtown Rosewood, to Forest Green Country Club through the circular road in Rosewood College Campus, and returns to the downtown district along Highway 99.

The player against Big Lou 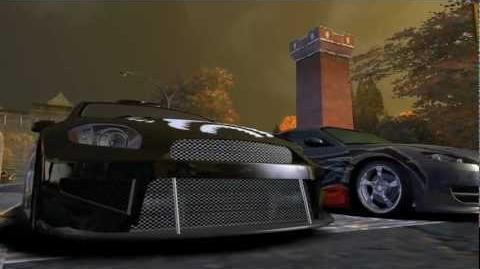