For the 1971 model year, the Challenger received a split grille and could be ordered with a 'Six Pack' 440cu V8, which was one of the most powerful engines offered alongside the 426cu HEMI V8. Its grille received another change in the following year.

The Dodge Challenger R/T appears in Need for Speed: Carbon as a tier 2 muscle car that can be bought in any car dealership for $75,000.

It is only available in the EA Downloader and Xbox 360 releases as part of the Muscle Base Car Bundle Pack.

The Challenger R/T is very similar to the 1969 Dodge Charger R/T in terms of performance but is mostly slower overall, though it has better handling. Its heavy V8 delivers great acceleration and a good top speed for a tier 2 muscle car.

The Dodge Challenger R/T appears in Need for Speed: ProStreet as a tier 2 vehicle that can be purchased for $38,000 in the car lot.

The best driving trait of the Challenger R/T is its acceleration. The high power output of the car makes cornering difficult due to oversteer. The Challenger is best used in Drag as it is capable of achieving low acceleration times.

The Dodge Challenger R/T appears in Need for Speed: Undercover as a tier 3 muscle with a price tag of $115,000. The Job event Nick of Time must be completed to unlock the car.

It appears in the PlayStation 2 and Wii releases with a price tag of $25,000.

It has powerful acceleration although the 1969 Charger is slightly quicker. Top speed is 199 mph (321 km/h), which is minimally better than that of the Charger R/T. The Challenger R/T also has impressive handling. It can be easily controlled at high speeds and turn well in corners. 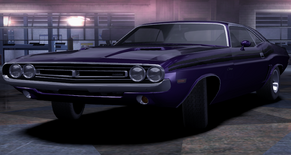 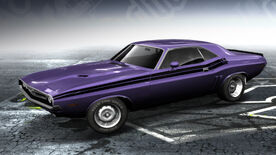 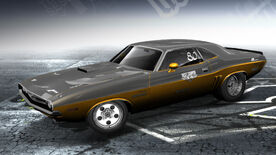 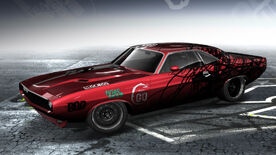 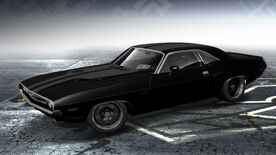 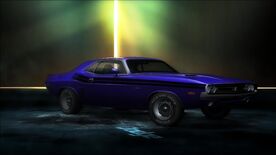 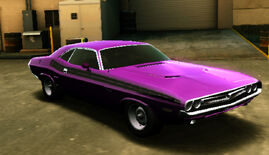 Retrieved from "https://nfs.fandom.com/wiki/Dodge_Challenger_R/T_440?oldid=138834"
Community content is available under CC-BY-SA unless otherwise noted.