Need for Speed Wiki
Register
Don't have an account?
Sign In
Advertisement
in: Vehicles, Cars, Dodge,
and 44 more
English

Other standard features of the Charger R/T were two exhaust pipes, sport brakes and suspension as well as the bumblebee stripe on the rear fenders.

The Dodge Charger R/T made an appearance in the television series The Dukes of Hazzard, nicknamed "The General Lee".

The 1969 Charger R/T appears in Need for Speed: Underground Rivals with a $44,000 price tag. It offers quick acceleration at the cost of some handling drawbacks.

A Boss version entitled - Tank - can be unlocked if the player races against it in a Cup level boss race using a Japanese car.

The Charger R/T appears in Need for Speed: Carbon as a tier 2 muscle class car.

A powerful tier 2 car that suffers from its heavy steering through corners, but thanks to a high kerb weight, is very effective in pursuits.

The stock Charger R/T is unlocked for purchase in the Career mode upon the player defeating Angie in the "Boss Race: Canyon Duel" event in Kempton.

Once unlocked, it can be purchased from any Car Lot for 80,000 cash.

Angie's custom Charger R/T can be unlocked for use in the Career mode, and in Quick Race, by winning its pink slip from the selection of Boss Bonus Cards offered to the player upon defeating her.

Samson drives a Charger R/T as part of the crew in the Career mode, if the player drives a tier 2 car.

It boasts powerful acceleration and excels at performing burnouts due to a torquey V8 engine. Because of a high weight, the Charger R/T has a sluggish steering feel around corners. It is best utilised in Drag mode although when fully upgraded, it becomes prone to performing wheelies, if given too much grip during a burnout.

There is tier 2 bonus Grip car that can be driven in Quick Race.

There is a tier 3 bonus Drag car that can be driven in Quick Race.

It is one of the quickest accelerating tier 3 vehicles in the game - alongside the Chevrolet Chevelle SS - and reaches a top speed of 198 mph (319 km/h).

The Charger R/T is available as a blue die-cast bonus car which can be unlocked upon entering "qlcukc4bqm" at the secret codes menu.

A diecast variant with an alternative colour can be unlocked upon entering "osowsubc".

The 1969 Charger R/T appears in the downloadable Team Racing Pack for Need for Speed: Shift. It is a tier 2 vehicle with a car rating of 5.10.

Quick acceleration and a decent top speed allow the Charger R/T to have good straight-line performance. However, it can easily spin out in corners as a consequence of its high weight.

The 1969 Charger R/T appears in Need for Speed: Nitro as a class B car and costs $35,000. It is rated 2 in speed and acceleration; 1 in handling; 3 in drifting; and 4 in strength. It can be seen in the game's cover art, outfitted with a turbocharger.

Thiago, the top racer in Rio de Janeiro, drives a Charger R/T in all of the location's Silver Cup race events except for the Drift Challenge, Time Attack, and Speed Trap events. In addition, Thiago's Charger R/T can also be seen in his profile video, the game's opening video, and all tutorial videos. Except the gameplay shots in all the tutorial videos, his Charger R/T is not equipped with a supercharger.

Thiago's Charger R/T can be unlocked as a collectable car for use in both Arcade Mode and Career Mode, once all stars are obtained in all Rio de Janeiro Silver Cup events.

The standard Charger R/T has a 188 overall rating and is currently retired from the car dealer.

In contrast to previous title appearances, the Charger R/T has poor acceleration coupled with stiff handling, causing the vehicle to understeer in corners and preventing it from compensating its cornering capabilities. It has a slightly stronger nitrous boost than the 1971 Dodge Challenger R/T at the expense of a lower top speed of 119 mph (195 km/h).

The Royal Purple style is a unique cash car that cost

It is fitted with a unique Royal Purple engine, two aftermarket parts, and finished with a special Royal Purple livery. It was removed from the car dealer on August 22nd, 2012.

The Angie style is an unreleased NFS Classic that costs

It is fitted with tuned quality Gromlen performance parts and a aftermarket lowering kit.

It has a C 520 performance rating and a 3.15 handling rating. Its top speed and braking time from 60-0 mph are identical to the Challenger R/T's.

The stock Dodge Challenger R/T is a muscle class car that requires 25 rare blueprints to unlock. The blueprints required to unlock the vehicle can be found from various sources:

The Dodge Charger R/T appears in Need for Speed: Payback following images of the game released on June 2, 2017.

It is unlocked for purchase from the drift, drag, off-road, race, and runner class dealerships upon completing chapter 2 - Desert Winds.

It is unlocked for purchase from the speedcross dealership upon completing the Mac: Speedcross questline included with the Speedcross Story Bundle.

A unique Platinum Charger is included with the Platinum Car Pack. It is unlocked for purchase from the runner dealership upon completing chapter 1 - Ignition.

The Charger '69 appears in Need for Speed: Heat following an article published[1][2] on August 19, 2019, revealing it to be part of the game's official car list, and appears in the NFS: Heat Studio app as a secret car as part of container 8, which was released on October 8, 2019. 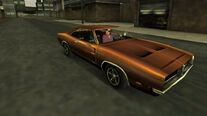 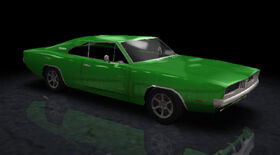 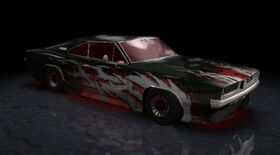 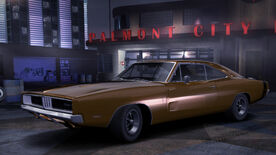 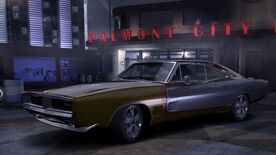 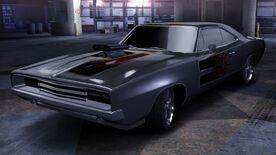 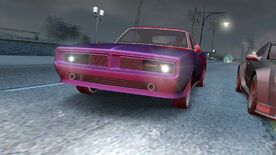 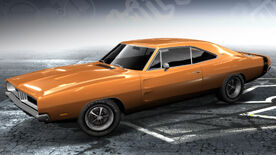 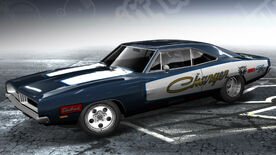 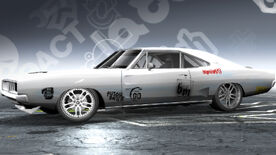 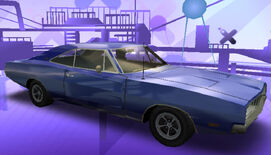 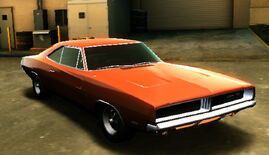 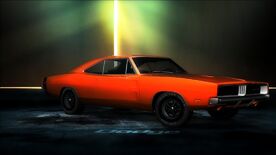 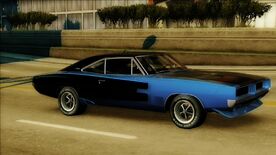 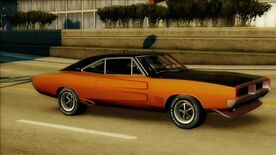 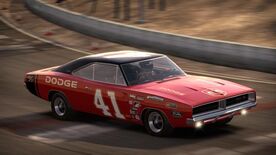 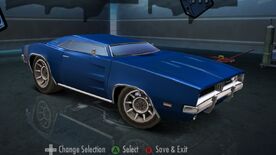 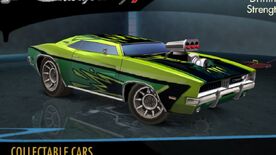 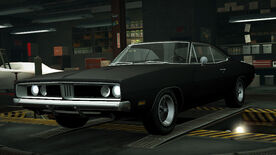 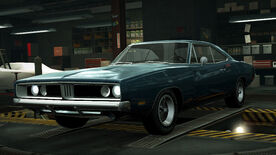 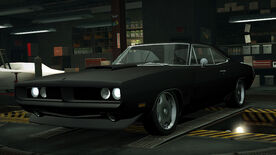 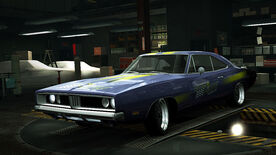 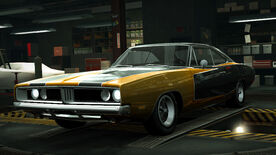 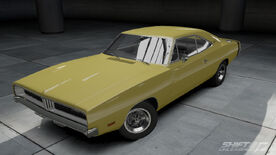 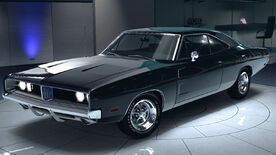 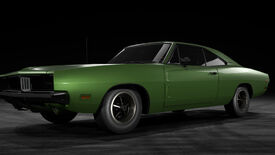 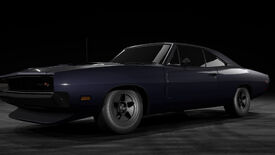 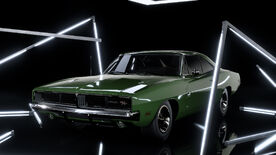 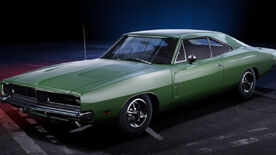