Need for Speed Wiki
Register
Don't have an account?
Sign In
Advertisement
in: Vehicles, Cars, Dodge,
and 13 more

1766 kg (3893 lbs)
The 1970 Dodge Charger R/T is a muscle car manufactured by Dodge. Compared to the 1969 model, it received a slightly modified exterior including a newly styled front. Dodge also introduced a series of new engine options for the car.

It is based on the Dodge Charger driven by Vin Diesel's character Dominic Toretto in the 2001 action film The Fast and the Furious.

The 1970 Charger R/T appears in Need for Speed: Most Wanted (2012) as a Muscle class car included with the Movie Legends Pack for the PC, PlayStation 3, and Xbox 360 releases.

Purchasing the Movie Legends Pack will immediately unlock the Charger R/T within single player. It is unlocked in multiplayer upon the player completing 6 SpeedList events in the Aston Martin DB5 Vantage.

The car in the movie is described as having around 900 horsepower and because of all that power, the Charger has extremely fast acceleration alongside a stock top speed clocking in at just over 200 mph.

All that power comes at the cost of handling making the Charger a less than precision machine with slow steering response. Counter-steering and good throttle management will not only keep the Charger on the streets but also help it perform spectacular drifts. It is also quite durable due to its sturdy chassis.

The Charger is a powerful, vicious and deadly vehicle that prefers straight line acceleration over graceful handling. Any driver with sufficient practice will find this classic muscle car fast and superb. 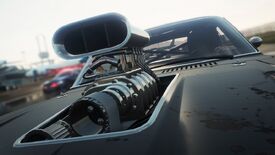 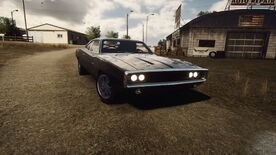