It is powered by a 370cu HEMI V8, which is based on the 345cu V8. Besides the increase of displacement, the compression ratio was raised to 10.3:1. The diameter of the cylinder heads were also slightly increased.

The Charger SRT8 is equipped with a series of special parts such as SRT-tuned dampers and anti-sway bars.

In 2011, the Charger SRT8 received a facelift with production of the LD model.

The Charger SRT8 appears as a tier 2 Muscle class vehicle in Need for Speed: Carbon with a price tag of $70,000. The car is unlocked in different manners depending on the player's progression:

The Charger SRT8 is focused on acceleration at the expense of handling, though its handling is the best of any tier 2 muscle. It loses out to the Dodge Charger R/T on the straights meaning it is slower in races, although it is better than any other modern muscle. Due to its heavy weight, the SRT8 can ram police vehicles effectively.

Sal Mustella will drive a Dodge Charger SRT8, if the player has selected the Chevrolet Camaro SS (1967) as their starter car and is driving a tier 2 car.

In a bronze tier Trade Paint event of the Challenge Series, a blue Charger must be driven by the player.

The Charger SRT8 appears in the PlayStation 2 and Nintendo Wii releases of Need for Speed: Undercover with a price tag of $48,000. It is unlocked through career progression.

The Charger SRT8 appears in Need for Speed: Hot Pursuit (2010) as an Sports Series racer vehicle, and as an SCPD Traffic Police unit.

It has the highest power output out of all Sports Series cars. However, the Charger may not be as competitive in races as it lacks agility compared to other cars such as the Porsche Boxster Spyder due to being the heaviest car in its category. This trait, however, allows it to sustain more damage than other cars of its class in Hot Pursuit.

The Charger SRT8 is featured in Need for Speed: The Run as a rare bonus wheel reward, as a traffic car, and as a police car.

The Super Taxi is a tier 5 car unlocked as a reward from the bonus wheel.

The Charger SRT8 is featured in Need for Speed: Most Wanted (2012) as an FCPD pursuit vehicle.

It is tougher and faster than the Ford Crown Victoria. The Charger SRT8 can be a somewhat difficult car to avoid when using slow cars, although it is the least durable vehicle in higher heat levels, where the Crown Victoria is no longer used. It is deployed by the police during heat level 2 to 5. 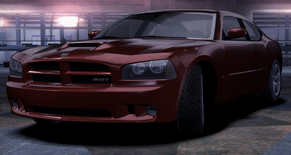 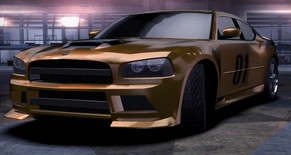 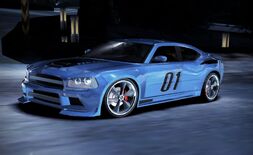 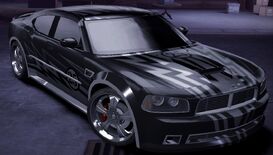 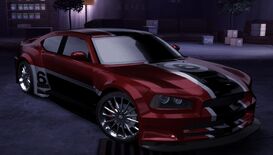 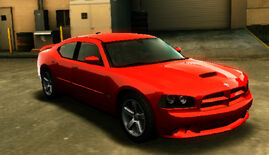 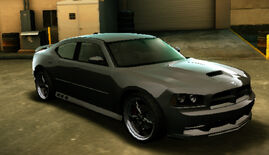 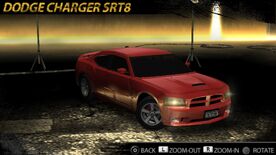 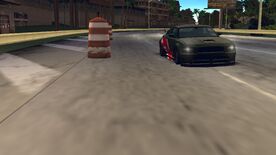 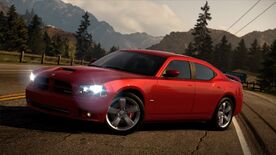 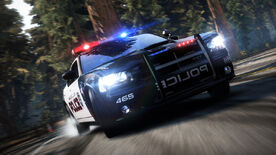 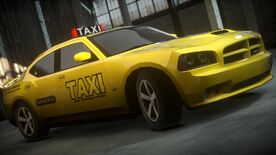 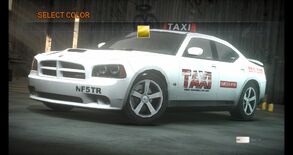 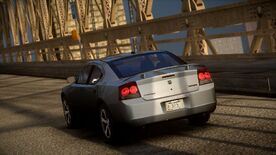 Need for Speed: The Run
(Traffic) 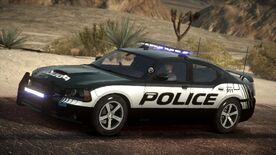 Need for Speed: The Run
(Police) 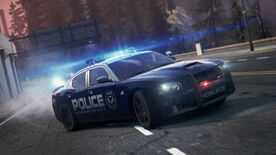 Need for Speed: Most Wanted (2012)
(FCPD)
Retrieved from "https://nfs.fandom.com/wiki/Dodge_Charger_SRT8_(LX)?oldid=136266"
Community content is available under CC-BY-SA unless otherwise noted.