Need for Speed Wiki
Register
Don't have an account?
Sign In
Advertisement
in: Vehicles, Cars, Dodge,
and 13 more
English

It featured a biconcave roof to allow drivers to fit whilst wearing a helmet as well as an extensive amount of modifications to make the model to be considered as a new generation Viper.

The GTS was chosen as the pace car for the 1996 Indianapolis 500 race.

The Viper GTS is featured in Need for Speed: Hot Pursuit 2 as a class B vehicle available from the beginning in EA Black Box's PlayStation 2 release, but is rated as a tier 3 vehicle that costs 10,000 NFS Points in EA Seattle's PC, GameCube, and Xbox releases.

The Viper GTS is one of the best accelerating vehicles in the title and has a high top speed to match. It also has a tendency to be tricky in corners due to its high power engine and rear-wheel drive configuration.

The NFS Edition becomes available once the player accumulates 1,500,000 NFS Points in the PlayStation 2 releases, but requires 20,000 NFS Points to unlock in the PC, GameCube, and Xbox releases.

The Pursuit edition is unlocked after earning 20,000 NFS Points in the PC, GameCube, and Xbox releases.

The 1997 Twins Turbo Motorsport Viper GTS is classed as a turbocharged tuner vehicle in Shift 2: Unleashed. It is one of the best performing vehicles in drag and standing mile events.

The Twins Turbo Motorsport Viper GTS is a heavily modified variant designed to produce a high amount of horsepower and torque.

It is unlocked upon the player earning a 1st place finish in the final Standing Mile event of the downloadable Speedhunters Pack. 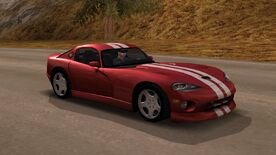 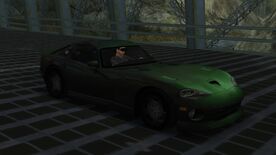 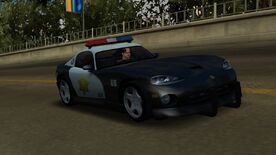 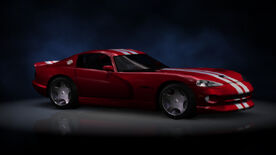 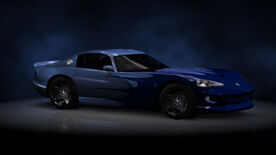