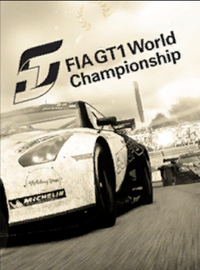 The FIA-GT1 Championship is the final career event in Shift 2: Unleashed. The event consists of ten stages. The first three races take place in Suzuka Circuit GP, Silverstone GP, and BRNO Circuit, meanwhile the next three races are staged in Dubai Autodrome GP, Circuit de Spa-Francorchamps, and Nürburgring GP, and then the three semi-final races are held in Monza GP, Mount Panorama, and Mazda Raceway Laguna Seca, until the final race; at Zolder.

The event's rival is Jamie Campbell-Walter. Upon defeating him, a Nissan GT-R GT1 is given as a reward and the final cutscene will be played.

Retrieved from "https://nfs.fandom.com/wiki/FIA-GT1_Championship?oldid=130832"
Community content is available under CC-BY-SA unless otherwise noted.