Need for Speed Wiki
Register
Don't have an account?
Sign In
Advertisement
in: Stubs, Police Departments, Need for Speed: Most Wanted (2012)
English 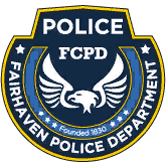 Fairhaven City Police Department (FCPD) is a law enforcement agency featured in Need for Speed: Most Wanted (2012) and is situated within Fairhaven City with its headquarters being based in the city's downtown region. They are a provident police force and engage all suspects committing any form of illegal driving activities upon sight.

The FCPD utilises the Ford Crown Victoria as their main patrol vehicle. They will engage a fugitive or suspect upon the sight of them committing an offence. These offences include;