1350 kg (2976 lbs)
Splitup - This article should be split up into multiple articles.
Ferrari 355 F1 Berlinetta, Ferrari 355 F1 Spider
The Ferrari 355 F1 is a mid-engined sports coupe built by Ferrari between 1994 and 1999, with the F1 models introduced in 1997 being fitted with a Formula One style paddle gear shift electrohydraulic manual transmission.

It is an evolution of the Ferrari 348 and was replaced by the Ferrari 360 in 2000. The F1 was the only model in the 355 series to be equipped with a Formula One gearbox.

The 355 F1 appears in the PlayStation release of Need for Speed III: Hot Pursuit as a B class vehicle.

It possesses one of the best performance figures in its class. Its quick acceleration, combined with its agility, make it a fast car on every race course. It is also capable of a high top speed due to the six-speed transmission.

The 355 F1 Spider appears in the PC release of Need for Speed III: Hot Pursuit as a B class car. 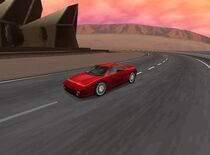 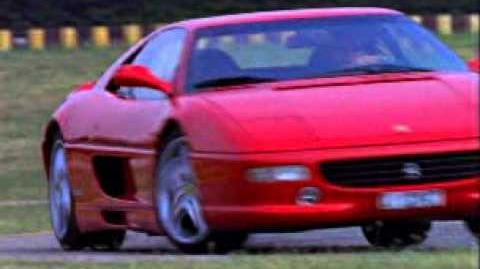 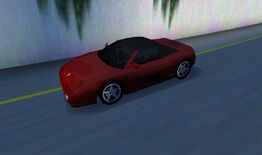 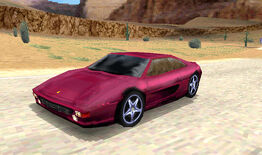