Need for Speed Wiki
Register
Don't have an account?
Sign In
Advertisement
in: Vehicles, 1990s, Ferrari,
and 14 more

It was designed by the famous car design studio Pininfarina, which has long been associated with Ferrari and historically designed most of its road models. It was the first car in Ferrari's range of V8 models which broke away from the traditional hard-edged lines seen first in the 308.

The 360 was the first car that Pininfarina didn't design with the distinctive Ferrari front grill. The Spider was the best selling model of the Ferrari 360.

The 360 is notable for introducing an all-new aluminium space frame chassis that would become standard in all subsequent models and significantly lowered the weight of the car compared to its predecessor, the 355.

The 360 Modena appears in the PC release of Need for Speed: High Stakes as a class AA vehicle and can be purchased for $160,000 in the career mode following its release as an official add-on. Although it's not the fastest in its class, it's a very good all-rounder. 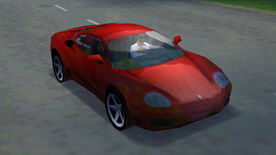 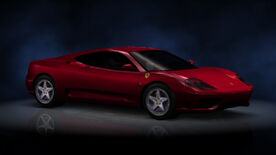