The Ferrari F40 is a mid-engined, lightweight supercar developed by Ferrari to celebrate the 40th anniversary.

Designed by Pininfarina, the F40 featured body parts made of carbon fibre, aluminium, and kevlar. It was the last Ferrari personally approved by Enzo Ferrari.

At the time it was the fastest production car, surpassing the 200 mph (322 km/h) milestone. In addition, it is often compared to its rival at the time, the Porsche 959.

The F40 appears in Need for Speed: Rivals as a racer vehicle and an RCPD unit included with the Ferrari Edizioni Speciali Pack.

The F40 appears in Need for Speed: No Limits as a Super class car and cannot be visually modified. It was originally obtainable through the Tournament Store, before becoming available with blueprints.

The stock Ferrari F40 is a super class car that requires 20 rare blueprints to unlock. The blueprints required to unlock the vehicle can be found from various sources;

The F40 is offered with very limited visual customisation options, as it can be only modified with a body kit resembling the F40 LM, its racing counterpart.

The F40 appears in Need for Speed: Heat following an article, revealing it to be part of the game's official car list, was published[2][3] on August 19, 2019, and appears in the NFS: Heat Studio app as a secret car as part of container 8, which was released on October 8, 2019.

The stock F40 can be unlocked in Need for Speed: Heat.

The F40 is, when fully upgraded, one of the fastest cars in the game. It has excellent handling, acceleration and top speed. It is more controllable and has less of a tendency to drift than its main rival, the Porsche 911 Carrera RSR. 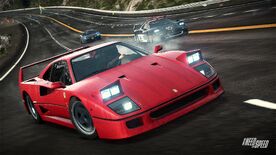 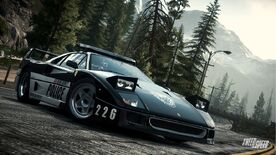 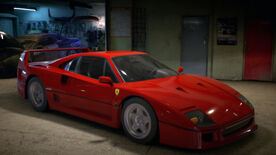 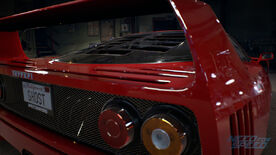 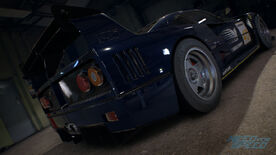 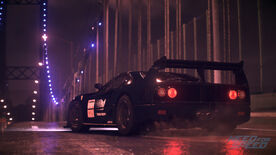 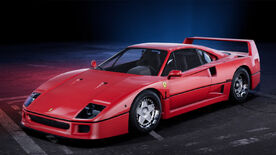 Retrieved from "https://nfs.fandom.com/wiki/Ferrari_F40?oldid=141768"
Community content is available under CC-BY-SA unless otherwise noted.