Need for Speed Wiki
Register
Don't have an account?
Sign In
Advertisement
in: Vehicles, 1990s, Ferrari,
and 22 more
English

Styled by Pininfarina, the car is a two door, two seat convertible with a removable hardtop, and reportedly, only 349 units of the F50 were produced.

Its body has extensive use of sophisticated composite materials made with F1-style construction technology, incorporating rubber fuel cells within the structure, and having engine and transmission bolted directly into the carbon fibre chassis, making this assembly an integral structural component of the F50.

The F50 appears in Need for Speed II. Available from the beginning, it is notable for having strong acceleration, and balanced performance overall.

In the Special Edition re-release it is grouped in Class A alongside the Ford GT90, Lotus GT1 and McLaren F1.

The F50 appears in Need for Speed: High Stakes as an AA class vehicle in the PC release and as A class in the PlayStation release. It has a price tag of $225,000 and is available from the beginning of the game in both releases.

The F50 is featured with an open top in the PC release and appears with a closed roof in the PlayStation release.

The F50 appears in Need for Speed: Hot Pursuit 2 as a class 1 vehicle in the PC, GameCube, and Xbox releases requiring 80,000 NFS Points to be unlocked.

It appears in the PlayStation 2 release as a class B vehicle, and is unlocked upon the player accumulating 300,000 NFS Points. Players can drive it using cockpit camera in World Racing Event 31 - Ferrari F50 Endurance Challenge.

The F50 appears in Need for Speed: Rivals as a racer vehicle and an RCPD unit included with the Ferrari Edizioni Speciali Pack.

The F50 appears in Need for Speed: No Limits as part of the Brute Force update in the "Proving Grounds" event that took place from September 30, 2019 to October 8, 2019.

The F50 is a super class car that requires 60 legendary blueprints to unlock. The blueprints required to unlock the vehicle can be found from various sources: 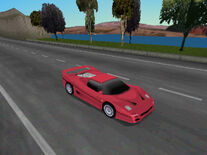 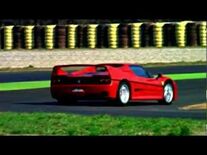 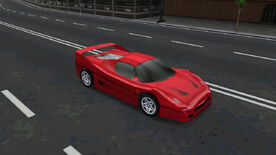 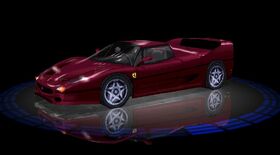 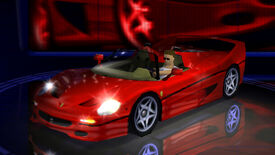 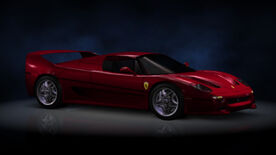 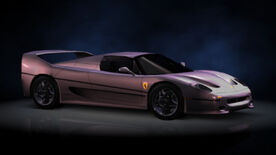 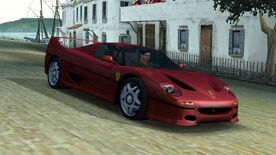 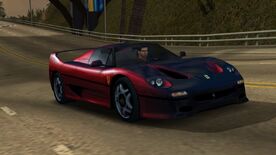 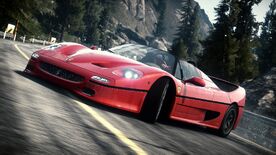 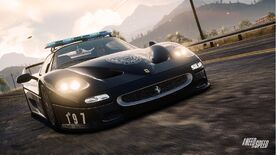 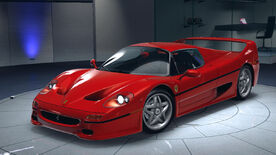 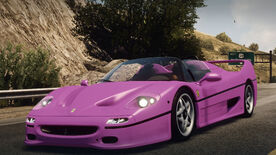