Need for Speed Wiki
Register
Don't have an account?
Sign In
Advertisement
in: Vehicles, Cars, Police,
and 12 more

1832 kg (4039 lbs)
The Ford Crown Victoria is a full sized sedan that has found popularity within the taxi and police consumer markets. The P71 series was a common police interceptor model utilised within North America from 1992 to 2011.

It replaced the 1st generation in 1998 with a restyled body that brought its looks closer to the Mercury Grand Marquis. The 2nd generation Crown Victoria was in production between 1998 to 2011.

The Crown Victoria appears in Need for Speed: Hot Pursuit 2 and is made available from the beginning for the cops in all releases. In the PlayStation 2 release, it can be unlocked for use by racers in challenges by completing the Pursuit Crown Victoria Challenge.

The 1998 Crown Victoria appears in Need for Speed as a police vehicle during the gas station scene. 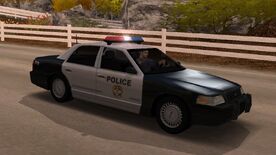 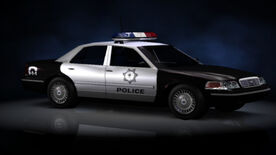 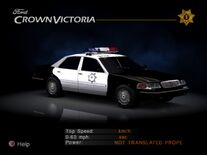 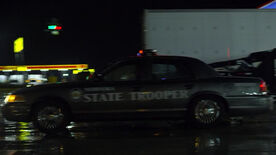