Need for Speed Wiki
Register
Don't have an account?
Sign In
Advertisement
in: Vehicles, Cars, Police,
and 14 more

1717 kg (3785 lbs)
The first generation Ford Crown Victoria is a full sized sedan produced by Ford between 1992 to 1997, and found popularity within the taxi as well as police consumer markets.

The P71 series is the common police interceptor model utilised with North America from 1992 to 2011. It was replaced by the 2nd generation upon the end of P7B production in 1997.

The police variant of the Crown Victoria was originally known as the P72 model for both the 1992 and previous LTD models. It was changed to P71 with the 1993 models but was still commonly referred to as the Police Interceptor model.

The Crown Victoria appears in the PC release of Need for Speed: High Stakes along the Hometown and Country Woods courses. 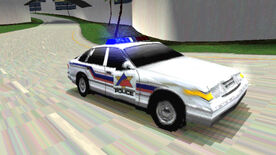 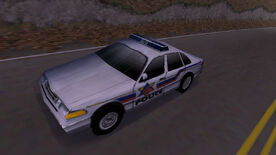