Need for Speed Wiki
Register
Don't have an account?
Sign In
Advertisement
in: Vehicles, Cars, Traffic,
and 15 more

The Ford F-Series was first introduced in 1948 as a replacement for a previous pickup model line based on car platforms.

The F-150 SVT Raptor is part of the twelfth generation of Ford F-Series Pickup trucks. The 12th generation entered production in 2008 after being revealed at the 2008 North American International Auto Show in Detroit, Michigan.

The F-Series was initially available with a manual transmission but was dropped in 2009. The SVT Raptor model was made available in late 2009 with a 5.4L or 6.2L V8 engine option as well as a 6-speed automatic as standard.

Production of the F-150 SVT Raptor ended in 2014 and it is planned to be succeded by a new F-150 Raptor, which is based on the thirteenth generation F-150.

Contrary to its size, the SVT Raptor has class-typical acceleration. Its rear part is prone to swinging out whilst turning, which can negatively affect the car's cornering attributes in low-speed corners.

However, the SVT Raptor does feel responsive at high speeds and has a powerful nitrous boost. Top speed is 184 mph (297 km/h) and 199 mph (320 km/h) with nitrous applied.

In pursuit-based events, the SVT Raptor is capable of ramming police vehicles effectively, given it is driven at a high speed, although it is still not as effective as the Ford Crown Victoria, despite Raptor's heavier mass.

The Blue style is a stock cash car that costs

The Rex style is a drag car that costs

The F-150 SVT Raptor appears in Need for Speed: Most Wanted (2012) as an SUV class car following its appearance in the E3 reveal trailer. It can be found in several Jack Spots and can be unlocked in multiplayer upon reaching SpeedLevel 32.

It was featured as an early unlock in multiplayer inwith the pre-order Power Pack. The pack includes an exclusive Satin Black livery, Reinforced Chassis, and Powershot Nitrous for the Raptor.

The best traits of the SVT Raptor are toughness and off-road performance. It is the only vehicle in the game capable of withstanding high-speed collisions with traffic cars and Ford Police Interceptor Utility, making the SVT Raptor the most durable car in the game. The Range Rover Evoque is less tough than the SVT Raptor, but possesses better racing performance.

It is less effective in race events due to its high weight, but this makes the SVT Raptor significantly less susceptible to takedowns than any other car in the game.

The F-150 SVT Raptor appears in the iOS and Android releases of Need for Speed: Most Wanted (2012) as the #9 Most Wanted vehicle. Under the alias of "SNWBLND", the driver can be challenged at Hallenbeck Road in the event - Heavy Metal but the player is restricted to using an SUV class vehicle.

The F-150 SVT Raptor appears in Need for Speed: Rivals as a traffic vehicle. 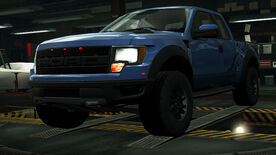 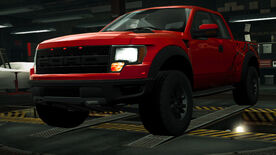 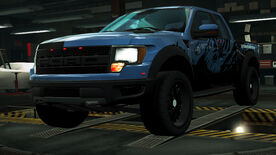 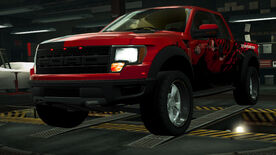 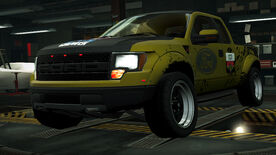 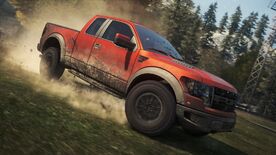 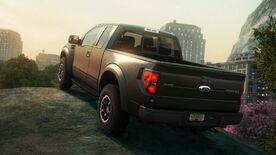 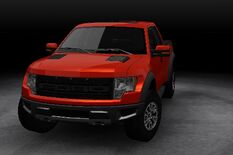 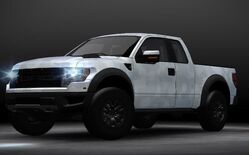 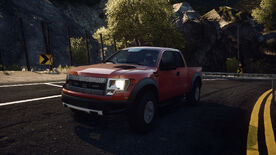