Need for Speed Wiki
Register
Don't have an account?
Sign In
Advertisement
in: Vehicles, 2000s, Ford,
and 16 more

It utilises a turbocharged 2.5 litre five cylinder engine. In 2008, the Ford Focus ST received a facelift.

A distinctive feature of the ST model is that it is only available in blue or orange. An option to customise their car with OTT (over the top) stripes was also available.

The Focus ST appears in Need for Speed: ProStreet as a tier 2 car with a price of $32,000. It is unlocked upon dominating the Showdown: Chicago race day.

The 222 bhp five cylinder engine allows the Focus ST to reach a high top speed. Its acceleration may fall short compared to several other Tier 2 cars though. Due to being front-wheel drive, the Focus ST's steering may suffer from understeer.

It is a useful Speed car, although it is recommended to improve its handling to minimize understeer. It can be also used in Grip effectively.

It has the best acceleration among tier 4 cars and is capable of reaching 189 mph (304 kmh) at top speed, which is only surpassed by the Ford Escort RS Cosworth. If upgraded with the best parts possible, it can keep up with tier 1 cars.

The Focus ST appears in Need for Speed: Shift as a tier 1 car with a price of $26,000 and 3.20 car rating that is unlocked from the beginning.

It is one of the quickest tier 1 front-wheel drive cars that is notable for its acceleration and high top speed. In corners, it performs generally well. However, rear-wheel drive cars such as the Mazda RX-8 may be better in this category.

The Focus ST appears in Shift 2: Unleashed as a Modern D car with a 300 performance rating and 2.97 handling rating.

The Focus ST 2007 appears in Need for Speed: Edge with an A class performance rating. 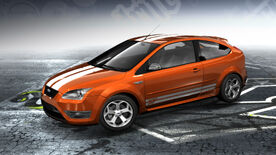 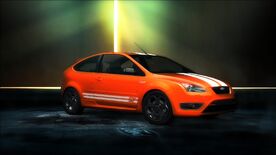 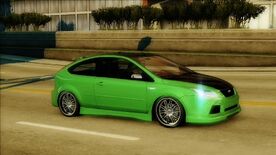 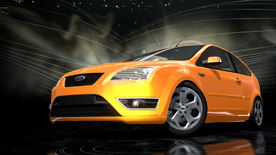 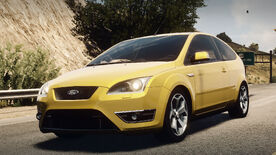 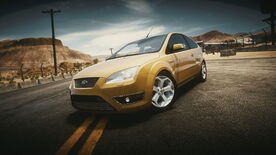