The team designed and built a prototype GT40 at the Lola Cars factory in Bromley, England. The project moved to Slough, England at the end of 1963 as Ford formed a new subsidiary entitled "Ford Advanced Vehicles Ltd".

The Ford GT40 participated in its first race in May 1964 at the Nürburgring 1000km race. It retired from the race after a suspension failure whilst obtaining an early second place position during the race.

The production models were first introduced in 1964 at the cost of $17,000. At the time the GT40 was the most expensive vehicle on sale that was manufactured by Ford.

The GT40 boasts fast acceleration and precise handling coupled with sufficient traction. It is capable of exiting corners without oversteer and counts as one of the best handling C and B class cars. It has a weak nitrous boost and a top speed of 162 mph (261 km/h).

The Ford GT40 appears in Shift 2: Unleashed as part of the downloadable Legends Pack released on April 14, 2011 for the PC, PlayStation 3, and Xbox 360 releases. 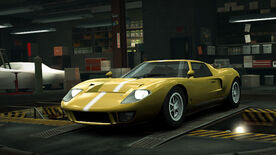 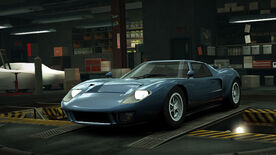 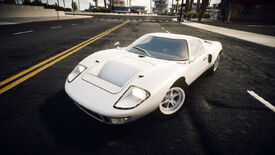 Need for Speed: Edge
Retrieved from "https://nfs.fandom.com/wiki/Ford_GT40?oldid=139119"
Community content is available under CC-BY-SA unless otherwise noted.