Need for Speed Wiki
Register
Don't have an account?
Sign In
Advertisement
in: Vehicles, Cars, Ford,
and 19 more

Slipping sales of the Model A in 1931 were first believed by Henry Ford to be caused by the dealerships, but was convinced by his staff that the Model A had become obsolete and the market wanted more luxury in their car.

Production of the Model 18 and Model B began in 1931 following the Model A being discontinued without any firm plans for a new car or its engine. Later planned design goals for the new car aimed for greater comfort, more power, and a more elegant look while still being affordable.

It was released to the public in 1932 with various dealers showing some models with unique clear hoods to show customers the new Ford "Flathead" V8 engine.

All three models became iconic in hotrod culture with the various models being entitled "Deuce".

The 1932 Ford appears in Motor City Online with various configurations including a coupé, convertible, chop top, and the modified Ford 8 Ball.

The Model 18 appears in Need for Speed: No Limits as a part of update 2.2.3 and featured in the special "Rebel's Gambit" event that took place from May 24 to May 31, 2017. After completing the event the car is rewarded with pre-installed visual and performance modification and with a special livery Rebel's Gambit: Ace.

The stock Model 18 is a muscle class that requires 15 epic blueprints to unlock. The blueprints required to unlock the vehicle can be found from various sources:

The 1932 Ford appears in Need for Speed (2015) following an accidental teaser on February 24, 2016 on the official Electronic Arts UK Twitter account. It was later made available with the release of the Hot Rods update on March 3, 2016, and can be purchased for

The Ford Roadster appears in Need for Speed: Payback following a brief appearance in a race gameplay video[1] released on September 20, 2017.

The Reaper edition is unlocked upon successfully delivering it to Rav at his airfield during its rotation period as an abandoned car. 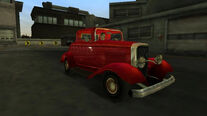 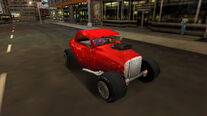 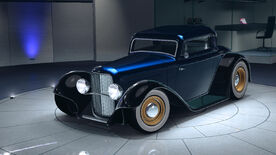 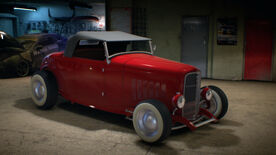 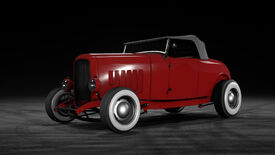 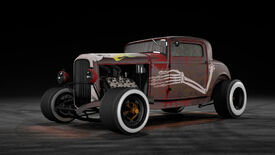