Need for Speed Wiki
Register
Don't have an account?
Sign In
Advertisement
in: Vehicles, Cars, Ford,
and 16 more

From 1987 to 1993, the Foxbody Mustang received a facelift and was made available with a '5.0' branded V8 engine. The GT was the highest specification level available and retained the foglight position of the pre-facelift model.

The Mustang GT can be purchased for

Players are able to drive a black Foxbody Mustang in the first mission event of the game - Prelude. After joining Travis' crew, their car must be swapped with one of three starter cars, although another Foxbody Mustang is available.

The Mustang GT appears in Need for Speed: Payback following a brief glimpse of the front half of its body in a race gameplay video[1] released on September 20, 2017.

The Mustang Foxbody '90 appears in Need for Speed: Heat following an article published[2][3] on August 19, 2019, revealing it to be part of the game's official car list, and appears in the NFS: Heat Studio app as part of container 9, which was released on October 15, 2019. 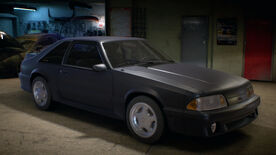 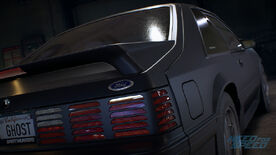 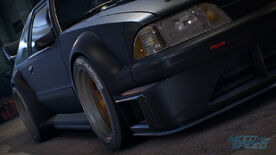 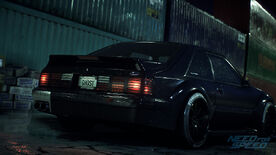 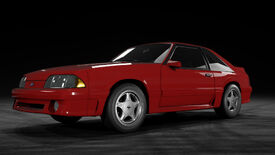 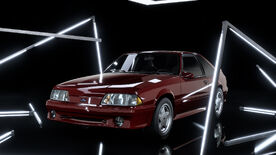 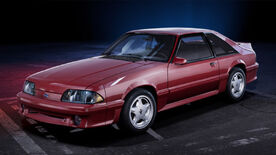