1580 kg (3483 lbs)
The Ford Mustang GT was first introduced at the 2004 North American International Auto Show. Ford's design of the fifth generation Mustang was mainly inspired by the first model generation and the 2003 Mustang Concept.

The GT is powered by a 4.6L SOHC Modular V8 with 300 hp. In 2010, the Mustang GT received a facelift. The year after, Ford gave it a new engine. This was the 5.0 litre V8 engine nicknamed "Coyote". The Mustang GT was sold as a performance model alongside the supercar-rivalling Shelby GT500.

The Mustang GT is unlocked in Need for Speed: Underground 2 upon completing URL event 14 during Stage 4.

It tends to oversteer in corners due to the powerful acceleration and being heavy. It is best used in Drag events but can be also used in other race types such as Drift and Circuit as long as the player is capable of controlling the car in corners.

The Wraiths member Nikki Morris drives a Ford Mustang GT that cannot be obtained by the player.

The Mustang GT is unlocked for purchase in Need for Speed: Most Wanted for 36,000 cash after defeating Blacklist racer #12 Izzy.

It shows a few drawbacks in handling, but has a good acceleration and a decent top speed. It performs well in Pursuits, as its high weight allows it to ram police vehicles with ease.

A black Mustang GT is driven by Razor during the player's first race against him in the career mode. It can be driven in the demo release.

A red and white Mustang GT with unique vinyls is driven by Blacklist racer #8, Jewels, that can be acquired by the player via a pink slip marker.

The Mustang GT is featured in Need for Speed: Most Wanted 5-1-0 and unlocked upon defeating Blacklist racer #10 Baron.

Baron drives a special variant with a body vinyl similar to Victor Vasquez's Toyota Supra and Clarence Callahan's Ford Mustang in Need for Speed: Most Wanted. It can be purchased for $33,000.

The Mustang GT appears in Need for Speed: Carbon as a muscle class tier 2 vehicle that can be purchased for 50,000 cash. Its unlock is dependent on the player's career mode progress:

It has a higher top speed than the Vauxhall Monaro VXR, but lacks a powerful acceleration and sufficient grip performance compared to the rest of the tier 2 Muscle class. Due to its weight, the Mustang GT is suitable for pursuits. Overall, it performs similarly to its previous game appearance.

In a silver tier speedtrap race of the Challenge Series, the player must drive a modified Mustang GT that is stylised after the 2004 Mustang GT-R concept car. It can be selected for Quick Race play under the Bonus car category.

Wingman Neville will drive a Ford Mustang GT, if the player has selected the Chevrolet Camaro SS (1967) as their starter car and is driving a tier 2 car.

The Mustang GT is unlocked in Need for Speed Carbon: Own the City upon defeating Steve in the PlayStation Portable release or upon defeating Poorboy in the Nintendo DS release.

The player can already use a Mustang GT in their first few races in the career mode of the Game Boy Advance release before purchasing their starter car.

The Mustang GT appears in Need for Speed: ProStreet as a tier 3 car that can be purchased by the player for $32,000. It is unlocked after dominating the Showdown event in Chicago. In the PlayStation 2 and Wii releases, it has a price tag of $39,000.

Its handling capabilies are better than that of similar American cars, although it still tends to oversteer due to its excessive torque. It is best used in Drag, especially if it is upgraded with the best parts possible. Players who can handle front-heavy cars may find it useful in every other race mode as well.

Drag King Karol Monroe drives a white Mustang GT with a black livery. It can be obtained by the player after defeating her.

A diecast Mustang GT can be unlocked by entering the cheat code "i3kx0depfc" in the cheat menu.

In the PlayStation 2 and Nintendo Wii releases, it is seen as a Police State Cruiser. 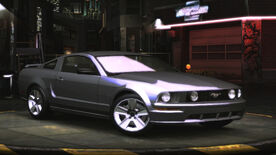 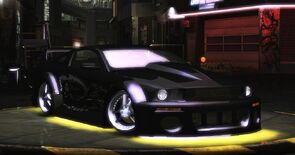 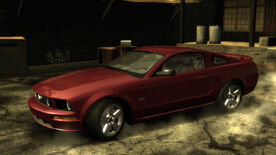 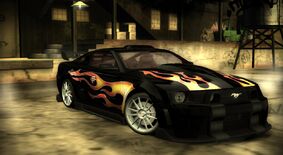 Need for Speed: Most Wanted
(Razor)

Need for Speed: Most Wanted
(Jewels) 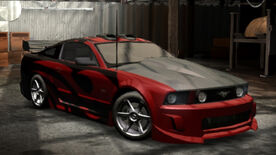 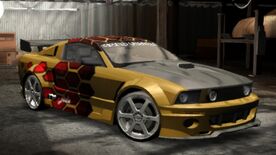 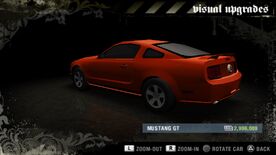 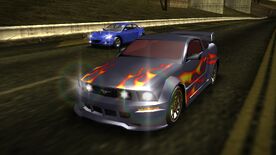 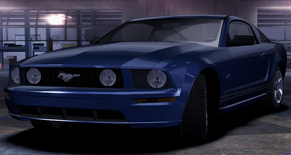 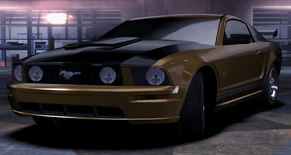 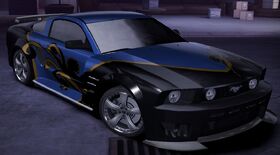 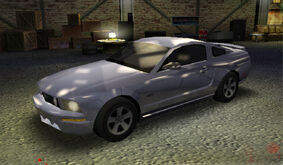 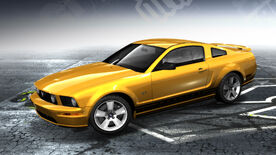 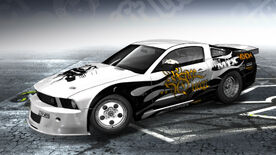 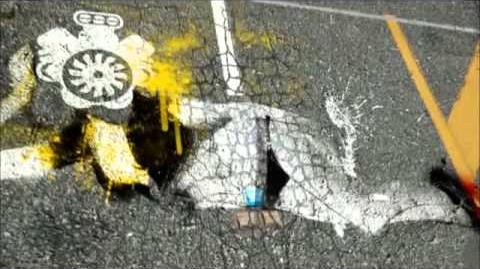 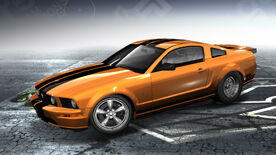 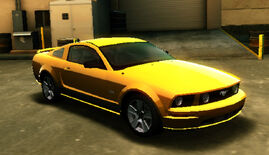 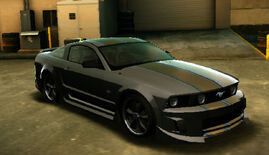 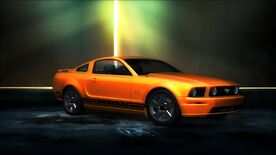 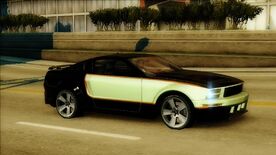 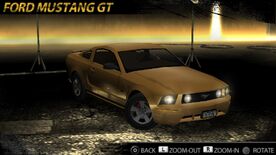 Retrieved from "https://nfs.fandom.com/wiki/Ford_Mustang_GT_(Gen._5)_(2005)?oldid=136466"
Community content is available under CC-BY-SA unless otherwise noted.