The Ford Mustang GT State Muscle Cruiser is utilised by the Tri-City Bay Police Department (TCBPD) in the PlayStation 2, Nintendo Wii, and Nintendo DS releases of Need for Speed: Undercover. 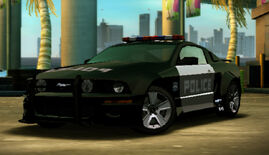 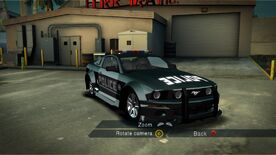 Retrieved from "https://nfs.fandom.com/wiki/Ford_Mustang_GT_State_Muscle_Cruiser?oldid=139134"
Community content is available under CC-BY-SA unless otherwise noted.