The Shelby GT500 Super Snake is a Shelby tuned and modified limited edition variant of the Ford Shelby GT500 (S-197 I) that includes improvements in both power and performance.

The car is also fitted with Custom Alcoa 20-inch wheels that surround the cross drilled rotors. A six-piston Shelby/Baer brake system is also part of the package as well as the front brake cooling ducts.

It has more grip than the 2012 Ford Mustang Boss 302 and thus better handling. However, it possesses a slower acceleration and a weak nitrous boost as well. Top speed is 223 mph (359 km/h).

The Shelby GT500 Super Snake appears in Need for Speed: Hot Pursuit (2010) as a Super Series racer vehicle, and as an SCPD Rapid Deployment unit.

The GT500 Super Snake has great acceleration and a high top speed alongside the Chevrolet Corvette Z06 although it oversteers heavily in corners, but can be still competitive.

The Shelby GT500 Super Snake appears in Need for Speed: The Run as an unlocked tier 3 vehicle with an "expert" handling rating.

It is up to par with the Chevrolet Camaro ZL1 in terms of top speed and acceleration despite a higher horsepower number. The main advantage it has over the ZL1 is better controllability in corners.

The tier 4 NFS Edition is available from the beginning of the game and is one the vehicles that can be chosen in Stage 1. 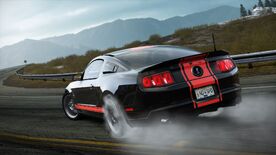 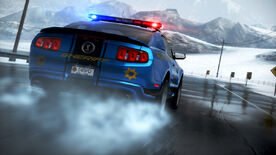 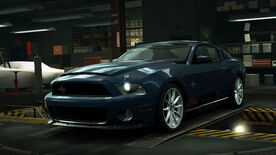 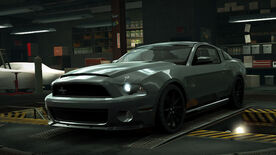 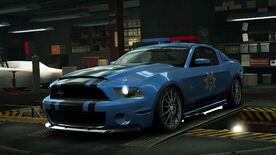 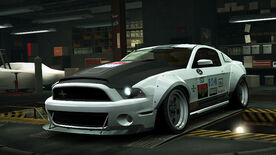 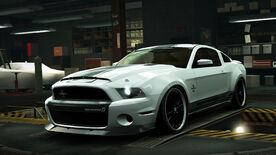 Need for Speed: World
(The Run) 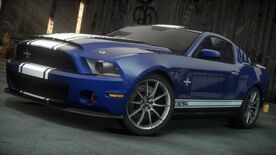 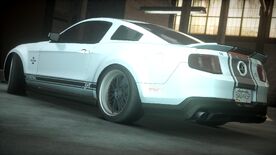 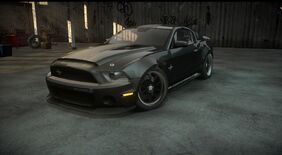 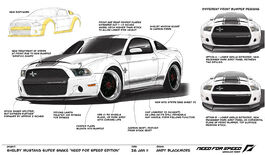 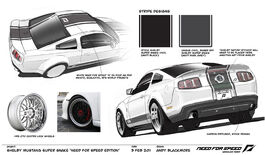 Retrieved from "https://nfs.fandom.com/wiki/Ford_Shelby_GT500_Super_Snake_(S-197_II)?oldid=125624"
Community content is available under CC-BY-SA unless otherwise noted.