The Terlingua also features improvements to the handling and braking capabilities that were developed with Ford Racing as well as an optional supercharger.

A deep draw hood, 20” anthracite “Razor” wheels and comprehensive styling changes including a logo with the Terlingua rabbit "Lucifer" make up the exterior.

The Terlingua appears in Need for Speed: Undercover as a tier 2 car and is unlocked by using the secret code "NeedForSpeedShelbyTerlingua".

It can only be driven in multiplayer and quick race as it is classed as a Bonus Car.

It has similar performance traits as the Ford Shelby GT500KR except for a slightly lower acceleration rating.

The Terlingua appears in Need for Speed: Shift as a tier 2 car with a car rating of 6.50.

It is made available to the player upon them reaching Driver Level 30 but it can only be driven in multiplayer or quick race events.

Its acceleration is not as fast as the 2012 Ford Mustang Boss 302 but still on par with similarly rated A class cars such as the BMW 1 Series M Coupé. The same counts for its top speed of 186 mph (300 km/h).

Its nitrous boost on the other hand is average, and high-speed cornering is possible although its handling has a somewhat sluggish feeling.

The Terlingua is a decently performing A class car for any game mode. It might be lacking when raced against more powerful and agile A Class cars with higher overall ratings like the Lamborghini Murciélago LP 640.

The Terlingua appears in Shift 2: Unleashed as a reward car upon the player reaching Driver Level 11. It is featured as a Modern Road class car with a performance rating of C 760. 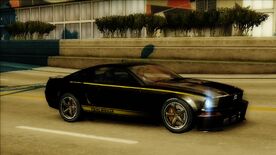 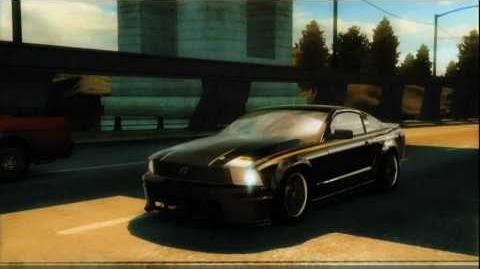 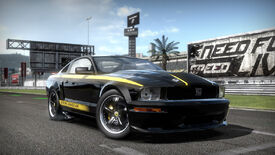 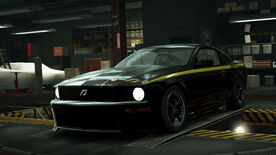 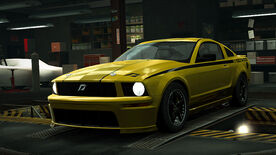 Need for Speed: Edge
Retrieved from "https://nfs.fandom.com/wiki/Ford_Shelby_Terlingua_Mustang?oldid=139150"
Community content is available under CC-BY-SA unless otherwise noted.