Need for Speed Wiki
Register
Don't have an account?
Sign In
Advertisement
in: Vehicles, Cars, Ford,
and 11 more

1678 kg (3699 lbs)
The Ford Torino GT Fastback is a first generation model manufactured by Ford, with the Torino name being fitted to a redesigned submodel based on the sixth generation Fairline series.

The first generation was produced between 1968 to 1969, and was replaced with the second generation Torino in 1970. Multiple body styles were offered including hardtop, convertible, fastback, sedan, and station wagon.

GT trims came standard with a 4.9-litre 302 cubic inch V8 and many deluxe features as well as having Cobra trim options available for an extra price. It proved to be the more popular choice with a total of 81,822 units produced.

A Torino GT is driven by protagonist Tobey Marshall in his illegal street race at the beginning of Need for Speed to earn extra money. 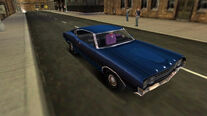 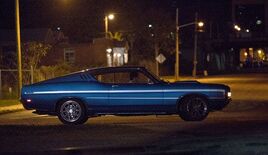