Need for Speed Wiki
Register
Don't have an account?
Sign In
Advertisement
in: Vehicles, 2000s, Apollo,
and 18 more

7-speed Sequential
1,468 kg (3,236 lbs)
Stub - Why not help by expanding this article with relevant information.

The 2009 Gumpert apollo is a street-legal race track sports car built by Gumpert Sportwagenmanufaktur GmbH since 2005.

The project for a new generation of sports car was a dream by founder Roland Gumpert in 2000. He founded the Gumpert Sportwagenmanufaktur GmbH in 2004.

The development as well as a 1:4 scale model of the apollo began in 2001 after the first technical guidelines and designs were completed. A blueprint for a 1:1 scale model was crafted soon after with development at Universities in Munich and Ingolstadt.

Two prototype apollo models were constructed and production began in October 2005. It has been claimed by Gumpert that the design of the apollo will allow it to drive upside-down in a tunnel at speed above 190mph (306km/h).

A sport variation was revealed at the 2010 Geneva Motor Show.

The apollo appears in Need for Speed: Shift as a tier 4 vehicle with a performance rating of 17.50 included with the downloadable Exotic Racing Series Pack.

The apollo appears in Shift 2: Unleashed as a Modern Road class vehicle with a performance rating of A 1,829 and costs $580,000.

The apollo appears in Need for Speed: Edge. 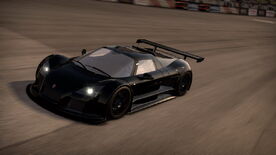 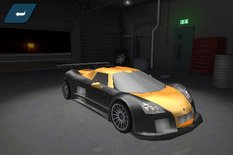