1200 kg (2646 lbs)
Stub - Why not help by expanding this article with relevant information.
The Gumpert apollo s is an improved variant of the standard apollo released by Gumpert in 2005.

The apollo s appears in Need for Speed: Hot Pursuit (2010) as a Hyper Series racer vehicle, and as an SCPD Special Response unit as part of the Super Sports pack for PlayStation 3 and Xbox 360 releases.

The racer vehicle and SCPD unit is unlocked upon purchase of the Super Sports pack.

The Apollo is one of the best Hyper series cars, due to its powerful nitrous, excellent handling, and decent acceleration. It can take very tight corners, and drift quickly as well. It is best suited to racing, because the durability of the Apollo is lacking.

The apollo s appears in Need for Speed: The Run as a tier 5 vehicle. 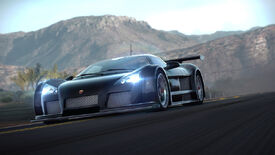 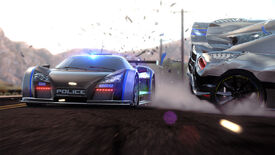 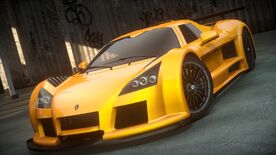 Need for Speed: The Run
(Supercar Pack)
Retrieved from "https://nfs.fandom.com/wiki/Gumpert_apollo_s?oldid=141801"
Community content is available under CC-BY-SA unless otherwise noted.