It was exported to various markets under the name of the Vauxhall Monaro and Pontiac GTO, and all variants had the 5.7L LS1 V8 engine from General Motors.

The Coupé GTS appears in Need for Speed: Hot Pursuit 2 as a tier 3 vehicle in the PC, GameCube, and Xbox releases and can be unlocked with 10,000 NFS points. It is featured as a class D vehicle in the PlayStation 2 release, being unlocked by accumulating 50,000 NFS Points.

The Coupé GTS can be outperformed by other vehicles in its class due to a weak acceleration, although it is compensated by a high top speed and responsive handling.

The Pursuit variant appears only in the PC, GameCube, and Xbox releases by earning 20,000 NFS Points. 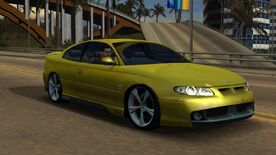 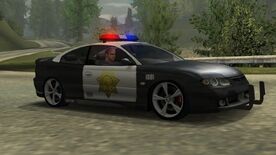 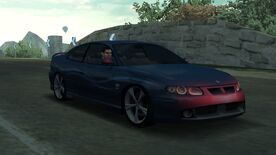 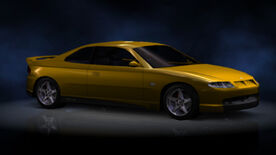 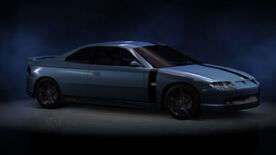