1679 kg (3702 lbs)
The HSV SV99 is a limited edition high-performance variant of the VT Series II Commodore produced by Holden.

The SV99 is powered by the LS1 V8 engine which is paired to a 6-speed manual or 4-speed automatic transmission. A total of 99 units were produced in 1999 with all units bearing the Hackett Gold paint scheme.

The SV99 has a strong and competitive performance with good acceleration and responsive handling, being able to compete with the Chevrolet Camaro and Jaguar XKR.

A Pursuit variant appears in the Australian release, and is rated as a class B vehicle. It is available from the beginning, and can be found patrolling the Durham Road course. 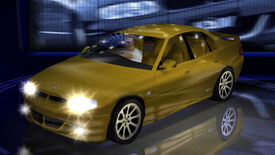 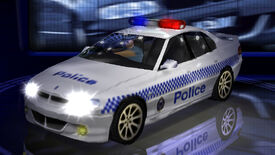