Need for Speed Wiki
Register
Don't have an account?
Sign In
Advertisement
in: Vehicles, 2000s, Honda,
and 15 more

The 2006 Honda Civic Si (FG2) is a sports coupe manufactured by Honda. Manufactured from 2006 to 2009 before being revised, it is the first model in the Civic Si series to be equipped with a 6-speed transmission and limited slip differential.

In 2009, it was redesigned in many ways including a new front bumper and lowered spring rate.

The Civic Si appears in Need for Speed: ProStreet as a tier 1 car costing $24,000, but is not featured in the PlayStation 2 and Wii releases. The car is available for purchase after the player has dominated the Showdown II: Autopolis event.

It is a useful car for corners due to having an accessible handling, however, it may be lacking in acceleration and top speed compared to other cars.

It has great handling with smooth steering, which has very little understeer unlike most front-wheel drive cars, making it best utilised along race courses with a high number of corners.

Even though the engine is powerful enough for competing with older tier 1 cars, it may not be sufficient for racing against other modern sports cars within its range.

The Civic Si appears in Shift 2: Unleashed as a Modern D car costing $16,000. It is featured with a 190 performance rating and 2.50 handling rating.

Once equipped with a Works conversion, it can receive a significant boost in every performance aspect, making it more competitive than seen in its previous game appearance. However, if the player decides to swap the engine with the V6 from the Acura NSX, it may become difficult to handle.

The Civic Si 2006 appears in Need for Speed: Edge. 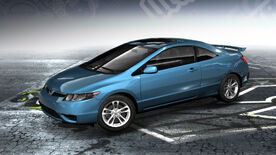 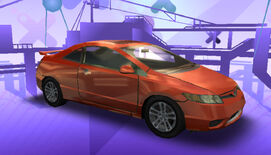 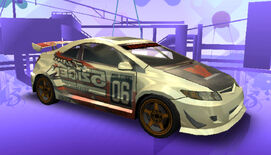 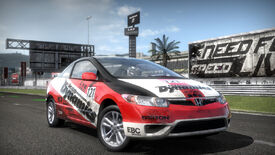 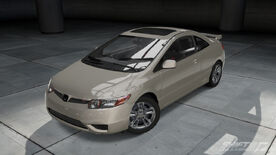 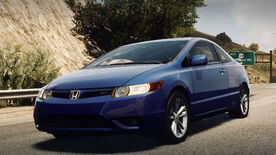 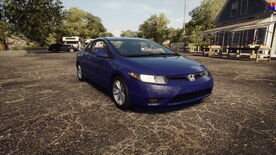