Need for Speed Wiki
Register
Don't have an account?
Sign In
Advertisement
in: Vehicles, Cars, Honda,
and 16 more

1382 kg (3047 lbs)
The Honda Civic Type R (FK2) is a high performance model of the ninth generation Honda Civic that was first unveiled at the Geneva Motor Show in March 2014.

Being the first Type R to be turbocharged, the 2-litre 4 cylinder engine is built at Honda's Anna Engine Plant in Ohio, U.S.A. before being shipped to England.

The Civic Type R appears in Need for Speed: Payback following a brief appearance in a customisation trailer[1] released on June 26, 2017, and in an off-road race gameplay video[2] released on August 30, 2017.

The Civic Type R '15 appears in Need for Speed: Heat following an article published[3][4] on August 19, 2019, revealing it to be part of the game's official car list, and appears in the NFS: Heat Studio app as part of container 1, which was included with the release of the app. 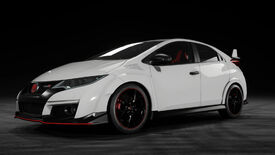 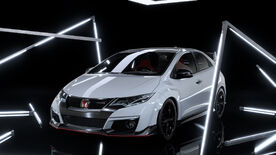 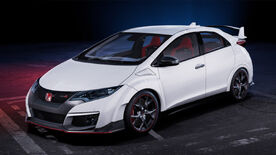