1230 kg (2712 lbs)
The Honda NSX Type R (shortened as NSX-R) was a track-oriented variant of the first-generation Honda NSX sports car. It was sold exclusively in limited quantities for the Japanese domestic market.

A key focus during development was maximum track performance with little consideration for driving comfort, which prompted the removal of luxury features found on regular models, bringing it to a total weight of only 1230 kg.

As the standard NSX was known to be somewhat tail-happy, the entirety of the suspension was overhauled to give the car a stiffer ride.

Production lasted from November 1992 to September 1995.

The NSX Type-R appears in Need for Speed: Payback following its reveal on the official Need for Speed website[1] on October 25, 2017.

It is unlocked for purchase from the drift and race class dealerships upon completing two questlines in chapter 3 - City Lights.

The NSX Type-R appears in Need for Speed: Heat following an article, revealing it to be part of the game's official car list, was published[2][3] on August 19, 2019, and appears in the NFS: Heat Studio app as a secret car as part of container 8, which was released on October 8, 2019.

The stock NSX Type-R can be unlocked in Need for Speed: Heat. 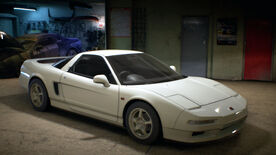 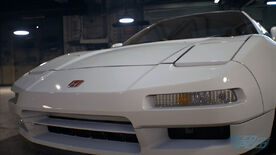 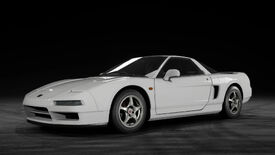 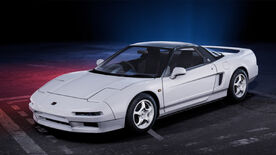 Retrieved from "https://nfs.fandom.com/wiki/Honda_NSX_Type-R_(1992)?oldid=141291"
Community content is available under CC-BY-SA unless otherwise noted.