Need for Speed Wiki
Register
Don't have an account?
Sign In
Advertisement
in: Vehicles, Cars, Honda,
and 16 more

The Honda S2000 (AP1) is a rear-wheel drive roadster manufactured by Honda from 1999 to 2004. The S2000 revived the Honda S roadster series, which was absent for twenty-nine years.

Enthusiasts consider the S2000's engine as one of the most powerful naturally aspirated inline-four engines ever built. Worldwide, the S2000 has won many awards for its genuine driving quality and reliability.

The S2000 underwent a facelift in 2004 that is internally designated as AP2.

The S2000 appears in Need for Speed: Underground and is unlocked after completing Underground Mode event #69 - "Rush Hour".

Similar to the Honda Civic Si, it is capable of reaching a high top speed, yet accelerates conspicuously slower than the Mazda RX-7 and the Nissan Skyline GT-R R34. In corners, the Honda S2000 performs moderately.

Chad, a member of The Eastsiders, switches his Toyota Celica GT-S for a Honda S2000, but the player can not obtain or drive his car.

The S2000 appears in Need for Speed: ProStreet as a tier 2 car included with the downloadable Booster Pack and can be purchased for free from the car lot.

Due to its rear-wheel drive layout and low kerb weight, it can be faster in corners than other tier 2 cars, but may be outperformed on straight roads as it has a somewhat low top speed.

It is best used in Drift and Grip races. Players can also upgrade the car's engine to high horsepower numbers, making it a possible contender for Drag as well.

The S2000 appears in Need for Speed: Shift as an unlocked tier 1 car and is purchasable for $35,000. It is capable of a Works conversion and is featured with a 3.00 car rating.

The Honda S2000 is a well performing vehicle within its range. It is capable of high-speed cornering like the Mazda MX-5 and therefore a good choice for a starter car. Its acceleration and top speed are somewhat lacking to higher rated cars such as the Nissan 350Z.

The fact that the Honda S2000 is more effective in corners than in straight roads make it a valuable car for race courses with corners that are close to each other. The S2000 may be useful for drifting too.

The S2000 appears in Shift 2: Unleashed as a Modern Road car with a D 430 performance rating and 2.84 handling rating.

Players can swap the engine of the S2000 with the V6 of the Acura NSX. The upgrade does not influence the handling capabilities of the car in a negative way, but improves the performance to a more balanced degree instead. 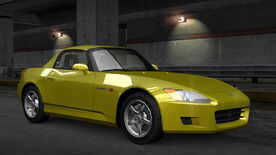 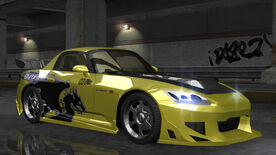 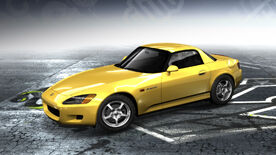 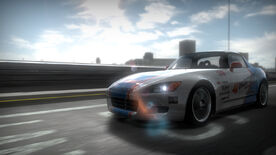 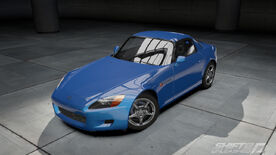 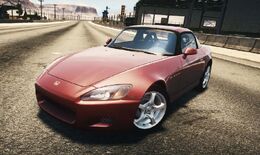