Need for Speed Wiki
Register
Don't have an account?
Sign In
Advertisement
in: Vehicles, Cars, SUV,
and 12 more

The H2 SUT appears in Need for Speed: Nitro as a class C car with a price tag of $30,000 and is unlocked upon collecting 20 stars. It is rated 2 in acceleration, 1 in both handling and drifting, and 5 in strength. It is also used as a police vehicle.

Luis, the top racer in Madrid, drives an H2 SUT in all the location's Bronze Cup race events except for the Drift Challenge, Time Attack, and Speed Trap events.

Luis' H2 SUT can be unlocked as a collectable car for use in both Arcade Mode and Career Mode, once all stars are obtained in all Madrid Bronze Cup events.

A white H2 SUT appears during a scene in Need for Speed, being driven by a bounty hunter whilst chasing the protagonist's Mustang. 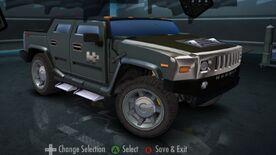 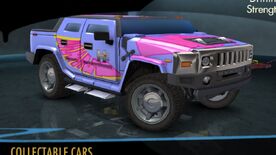 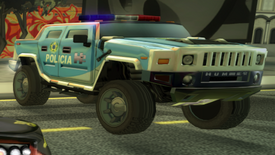 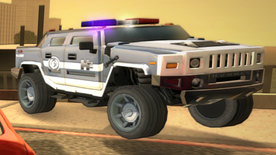 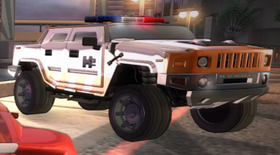 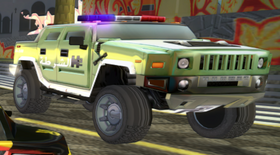 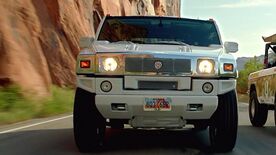