Need for Speed Wiki
Register
Don't have an account?
Sign In
Advertisement
in: Vehicles, Cars, Infiniti,
and 19 more

1825 kg (4023 lbs)
The Infiniti Q60S 3.0t Sport (V37) is an all-wheel drive performance coupé built by Infiniti at Nissan's manufacturing facility in Kaminokawa, Tochigi, Japan, and exported to the United States as well as Europe.

Its luxury coupe design and sporty performance highlgihts the Q-series as a successor to Infiniti's previous G-series of cars. The fourth generation Infiniti G25/35/37, a follow-up to the third generation G35 (V35), was rebranded in 2014 as the Q40.

Based on the V37 chassis for the second generation Q60 starting in August 2016, the earlier V36 chassis first generation Q60 was in production from January 2014 to June 2016, and was also sold in Japan as the twelfth generation Nissan Skyline, but was dropped in favour of the Infiniti Q50 (V37) its thirteenth generation in 2014.

Entering production in September 2016, the Red Sport 400 is the highest specification performance trim available for the Q60 model range, and is fitted with a Nissan 3-litre V6 engine, as opposed to lower grade trims in the range equipped with a Mercedes-Benz 2-litre inline-four.

Other alterations for the Red Sport include opposed 2 and 4 piston red calipers, 14" rotors in the front and 13.8" rotors in the rear, a sport retune of Infinti's DDS (Digital Dynamic Suspension) system, satin finish exhaust tips, unique 20" aluminium wheels, and a chrome finish red 'S' badge.

The Q60 S appears in Need for Speed: Payback as a downloadable add-on that was made available with the February Update released on February 13, 2018.

It is unlocked for purchase from the speedcross class dealership after purchasing the Speedcross Story Bundle and defeating Barracuda at the end of the Mac: Speedcross questline. 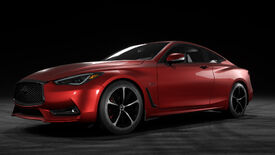 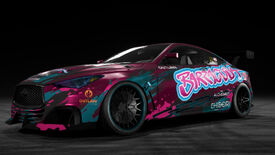 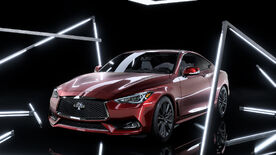 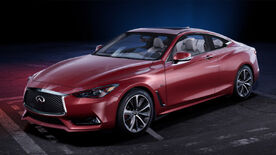