Need for Speed Wiki
Register
Don't have an account?
Sign In
Advertisement
in: Vehicles, Cars, Jaguar,
and 13 more

It was developed as a road-legal model of the Jaguar XJR-9 racing car but also saw use in the one-make Jaguar Intercontinental Challenge racing series.[2]

The XJR-15 appears in Need for Speed III: Hot Pursuit as class A car that is unlocked upon the player completing a Tournament race series in third place or better.

It can be alternatively unlocked by typing "jag" in the PC release or "LJAGX" in the PlayStation release at the main menu.

In terms of performance, the XJR-15 is only rivalled by the Mercedes-Benz CLK GTR and the El Niño, two of the fastest cars of the game. The XJR-15 offers the best handling, but also has slightly worse braking than its competition.

The XJR-15 appears in Need for Speed: High Stakes as an official PC add-on. It is featured as a class AAA vehicle, and as such, it doesn't have available upgrades. No official showcase was offered for download. 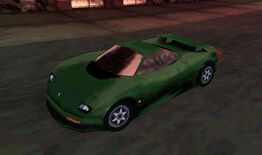 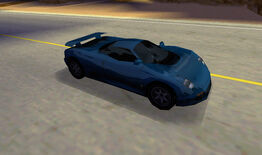 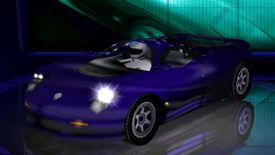