Need for Speed Wiki
Register
Don't have an account?
Sign In
Advertisement
in: Vehicles, 2000s, Jaguar,
and 22 more

Besides a few exterior changes, it differs from the base model with Jaguar's AJ-V8 engine being a 5.0L supercharged unit. The production of the 2009 facelift model lasted until 2011, when it underwent another facelift.

The acceleration of the XKR was drastically improved on November 28th, 2012, putting it on par with the Aston Martin DBS although its nitrous boost is weaker. It is capable of high-speed cornering as it can make quick direction changes without losing traction. Its previous top speed of 179 mph (288 km/h) was increased to 216 mph (348 km/h).

The "MD 67" style is a treasure hunter car that costs

The XKR appears in Need for Speed: Hot Pursuit (2010) as a Performance Series racer vehicle, and as an SCPD Highway Patrol unit.

It is an averagely performing car with a decent top speed and acceleration. The XKR handles well in corners but is inferior to cars such as the Audi TT RS.

Within its performance index range, the Jaguar XKR is priced considerably lower than most cars. Acceleration is decent and top speed is standard for Modern C. The XKR does not possess any particular handling traits but has effective brakes.

The XKR appears in Need for Speed: Most Wanted (2012) following its appearance in the first gameplay feature series video released on September 18, 2012 and was officially unveiled on the official Need for Speed website on September 30, 2012.

It appears as a Sports class car with responsive handling and adequate acceleration allowing for long drifts to be performed without any difficulty.

The XKR appears in the mobile release of Need for Speed: Most Wanted (2012) in the Sports category. Available for $85,000, it has balanced stats with slightly higher acceleration.

The XKR 2010 appears in Need for Speed: Edge with an S class performance rating.

The XKR appears in Need for Speed: Hot Pursuit Remastered as a car tier 2 vehicle available to cops and racers.

It has a decent top speed and acceleration for its tier, and handles well through corners, but sits in the middle between performance and durability.

The XKR is a Performance Series racer unlocked upon earning 90,000 racer bounty. 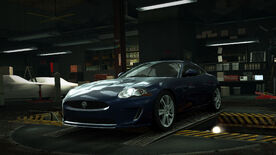 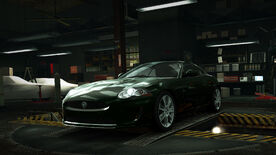 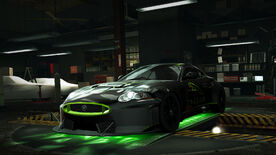 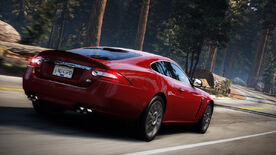 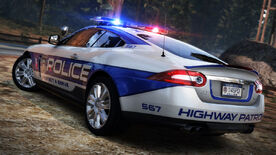 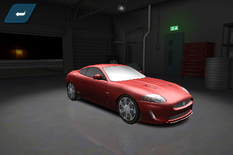 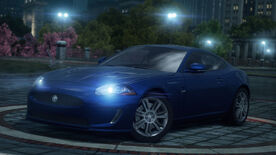 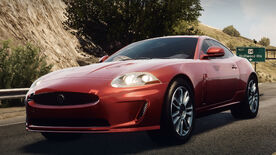 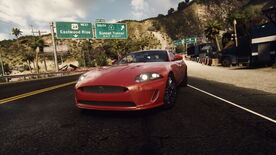