Need for Speed Wiki
Register
Don't have an account?
Sign In
Advertisement
in: Vehicles, Cars, Convertible,
and 14 more

1640 kg (3616 lbs)
Jaguar XKR Convertible is a convertible with a padded roof. It was manufactured between 1998 and 2006 by Jaguar and was offered with the same engine as the Coupe.

As the XKR is powered by a stronger engine than the standard release Jaguar XK8, it is a more capable car that also improves upon the aspect of handling.

The XKR Convertible appears in the PC release of Need for Speed: High Stakes and can be bought for $40,000 in the career mode, and replaces the Coupe variant that appears in the PlayStation release. 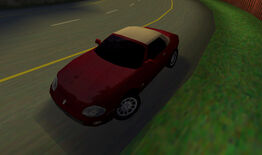 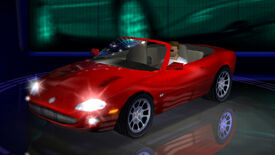