The XKR Coupe appears in the PlayStation release of Need for Speed: High Stakes as a class C vehicle. It is purchasable for $40,000 and can be equipped with upgrades.

The XKR is faster than the Chevrolet Camaro Z28, Pontiac Firebird Trans Am and Aston Martin DB7. Acceleration is its best trait. The handling of the XKR suffers due to its high kerb weight, which makes turning in tight corners difficult.

The XKR Coupe appears in Need for Speed: Hot Pursuit 2 can only be driven by racers.

It is available from the beginning in the PC, Xbox, and GameCube releases, and is also unlocked from the start in the PlayStation 2 release as a class D vehicle.

Due to its high weight, the XKR is prone to understeer in corners. It can accelerate quickly and hits an average top speed. The heaviness of the car can be useful for sustaining damage in the Hot Pursuit mode. 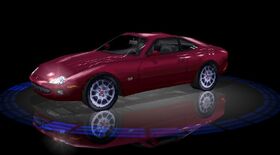 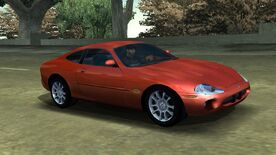 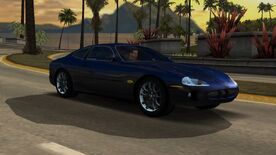 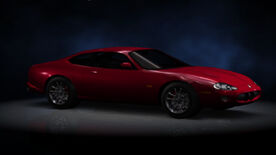 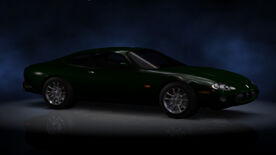 Retrieved from "https://nfs.fandom.com/wiki/Jaguar_XKR_Coupe_(1998)?oldid=139238"
Community content is available under CC-BY-SA unless otherwise noted.