Need for Speed Wiki
Register
Don't have an account?
Sign In
Advertisement
in: Vehicles, 1990s, Jeep,
and 15 more

The 1991 Jeep Wrangler S (YJ) is an off-road vehicle built by Chrysler's Jeep brand as part of the first-generation of models that entered production in 1987.

The design has been regularly refreshed in both design and technology. It is primarily seen as the modern successor to the Willys MB that served in World War II.

The Wrangler has a soft-top roof, large front grill and an inline-six engine although this is replaced by a 3.8L V6 in the newest JK model.

The Wrangler appears in The Need for Speed as a traffic vehicle.

The Wrangler appears in Need for Speed II as a traffic vehicle, and can be driven upon entering a cheat code: 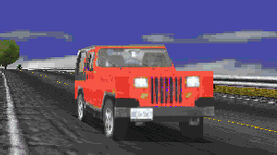 The Need for Speed
(Traffic) 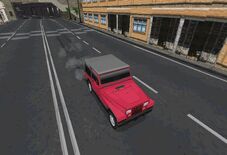 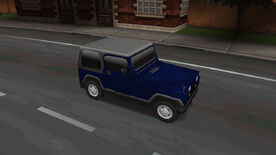