Need for Speed Wiki
Register
Don't have an account?
Sign In
Advertisement
in: Vehicles, Trucks, Kenworth,
and 12 more

6441 kg (14200 lbs)
The Kenworth T680 is a tractor unit manufactured by Kenworth and is for hauling semi trailers.

The aggressive and aerodynamically designed cabin is offered in three configurations; day cab, 52" sleeper, and 72" sleeper, alongside multiple engine options including the PACCAR MX-13, Cummins ISX12, and Cummins ISX15.

Offered with an aluminium cabin, the T680 weighs 400 pounds lighter than its steel cabin counterparts, and its single tyre aluminium wheels save up to 400 pounds over dual wheel axles.

Combined with the new aerodynamic cabin and weight saving aluminium components, the T680 incorporates an Idle Management System to keep drivers within a high fuel efficiency through real-time reporting.

The Kenworth T680 appeared in the reveal trailer for Need for Speed: Payback hauling a semi trailer full of explosive barrels and a Koenigsegg Regera for The House.

A Coca-Cola Christmas Truck can be found parked in Braxton when competing in the race class sprint event - Braxton Blowout. It has a livery and lights arranged to resemble semi-trailer trucks featured in a popular Coca-Cola Christmas advertisement that ran from 1995 to 1999. 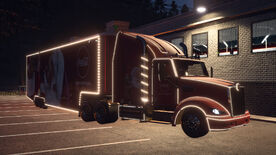 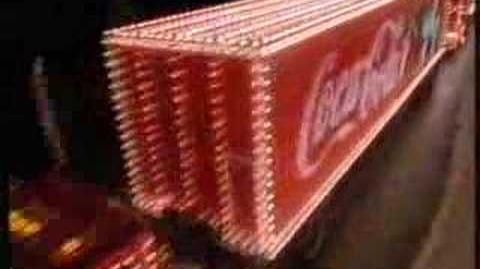