Need for Speed Wiki
Register
Don't have an account?
Sign In
Advertisement
in: Vehicles, Cars, Koenigsegg,
and 15 more

The 2013 model features an increase in horsepower and a unique suspension configuration as well as a lighter exhaust system. The exterior of the Agera R is fitted with new front winglets for increased downforce.

The V8 engine is the same as the one fitted into the previous Agera R model except it now features a nano-cylinder sleeve for reduced friction and fuel consumption. The engine management system has also been altered.

It also features the world's first single piece carbon fibre wheels making them lightweight. The technology to create the wheels was developed by Koenigsegg and is called "Aircore".

The Agera R appears in Need for Speed: Most Wanted (2012) and was revealed in a gameplay trailer released on August 2, 2012.

It appears as an exotic class vehicle that is unlocked upon defeating the final Most Wanted List racer in single player, or upon reaching SpeedLevel 60 in multiplayer.

The main advantage the Agera R has is its handling, which is responsive and easy to control at high speeds, as the Agera is lightweight with a rear-wheel drive layout. It has fast acceleration and is capable of reaching a very high top speed. However, its pursuit durability is not as effective as seen on other exotic class cars such as the Bugatti Veyron Super Sport.

The Agera R appears in the mobile release of Need for Speed: Most Wanted (2012) in the exotic category. It is available in the garage for $2,000,000 and has extremely high stats, with unrivaled acceleration.

The Agera R appears in Need for Speed: Rivals as an RCPD unit and a decommissioned vehicle utilised by racers.

The patrol specification of the Agera R is unlocked upon completing the rank 19 tutorial assignment - "We Are Closing In".

The undercover specification of the Agera R is unlocked upon completing the rank 19 tutorial assignment - "Beginning Of The End".

The enforcer specification of the Agera R is unlocked upon completing the rank 19 tutorial assignment - "Running Scared".

Players are required to drive a decommissioned Koenigsegg Agera R for the duration of any SpeedLists offered at rank 16.

It's fitted with level 4 Shock Ram and Spike Strips equipment, as well being differentiated from regular RCPD units by Zephyr's spray paint graffiti covering the left door with his name and the right with the Need for Speed logo.

The Agera R appears in Need for Speed, initially during the race involving three Koenigsegg cars, and later at the De Leon, being driven by Tobey Marshall. 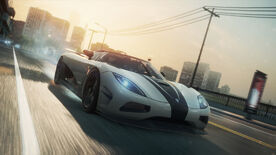 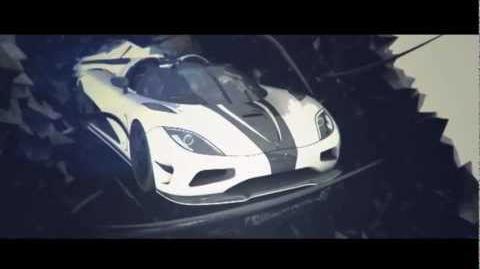 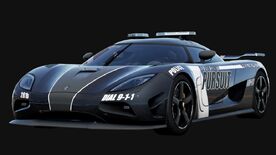 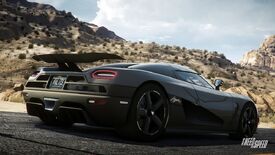 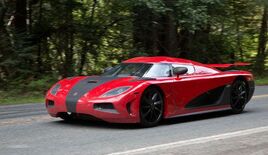