Need for Speed Wiki
Register
Don't have an account?
Sign In
Advertisement
in: Vehicles, 2000s, Koenigsegg,
and 33 more

It is the fifth fastest production car in the world making it faster than the McLaren F1.

The CCX appears in the Collector's Edition release of Need for Speed: Carbon as a tier 3 exotic class car.

The custom black CCX is included with the Collector's Edition release and is available for use in Quick Race from the beginning of the game.

The custom orange CCX is included with the Collector's Edition release and is available for use in Quick Race from the beginning of the game.

The CCX appears in the downloadable Booster Pack for Need for Speed: ProStreet as a tier 3 vehicle.

It is suitable for Speed Challenge events because of its precise handling that is maintainable at high speeds and its quick acceleration.

The CCX appears in the Collector's Edition release of Need for Speed: Undercover as a tier 1 vehicle, but appears in the PlayStation 2 and Wii releases with a price tag of $250,000.

With stock performance parts it reaches a top speed of 250 mph (402 km/h), and the best trait of the car is its handling. Acceleration is above average, but slower than seen on the Chevrolet Corvette Z06.

The CCX appears in Need for Speed: Shift as a tier 4 vehicle with a $1,000,000 price tag and an 18.40 car rating. It is unlocked upon collecting 180 stars and cannot be upgraded with performance parts.

It delivers high amount of torque resulting in a quick acceleration, however, it is prone to massive oversteer whilst exiting high speed corners.

The CCX was made available in Need for Speed: World as a tier 3 vehicle on December 14, 2011 following the 4th Spot the Devs event. Since August 22, 2012, it has been featured as an A class vehicle.

It has a good acceleration that is up to par with the Lexus LFA and has a powerful nitrous boost. It has less traction in corners, but makes it up with responsive steering and a top speed of 216 mph (348 km/h).

The Black style is a stock cash car that costs

The "Achievement Edition" style is an achievement car awarded to the player upon them owning 150 cat once. It was made available on April 10, 2013.

The "Elite" style is based on a unique non-removable body kit with a custom interior, carbon-fibre body kit and headlights and an exposed engine bay. It is also equipped with visual modifications such as a two-tone livery, and the interior has also been altered to a pale blue and yellow colour scheme.

It is also fitted with a special body kit that features enlarged gills along the sides of the front bumper and an enlarged front air intake. Other alterations include an overall widened body including the side air intakes, two hood scoops, a roof scoop, a lowered skirt, a larger chin spoiler, a heightened rear spoiler, quad exhausts, a large rear diffuser and a visible engine rack. The wing mirrors have been moved forward from the door hinges to onto the front wings.

The "Elite" has the driving traits of the standard CCX, but has superior performance due to being upgraded with better parts.

The "Elite" style is an elite car that costs

The "Elite" style is an elite cash car that costs

1,900,000, and features various tuned performance parts. It was initially released on June 1, 2015 as part of the End of the World event.

The CCX appears in Need for Speed: Hot Pursuit (2010) as a Hyper Series racer vehicle, and as an SCPD Special Response unit.

It is somewhat difficult to control in corners compared to other Hyper and Special Response vehicles. The CCX reaches a slightly lower top speed than its rivals although features a powerful nitrous boost as compensation.

The CCX appears in Need for Speed: No Limits as a Hyper class vehicle. The starting rank is 800 PR and the blueprints are located in Underground Chapter 19: Final Countdown.

The stock CCX is a sports hyper car that requires 40 legendary blueprints to unlock. The blueprints required to unlock the vehicle can be found from various sources;

The CCX appears in Need for Speed: Hot Pursuit Remastered as a car tier 5 vehicle available to cops and racers.

It can be difficult to control through corners compared to other cars of its tier, and reaches a slightly lower top speed, but has a powerful nitrous boost.

The CCX is a Hyper Series racer unlocked upon earning 450,000 racer bounty. 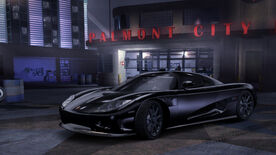 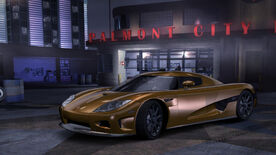 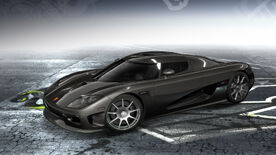 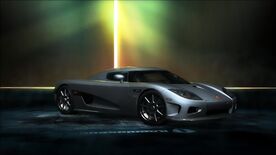 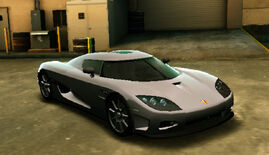 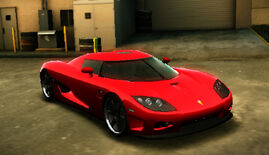 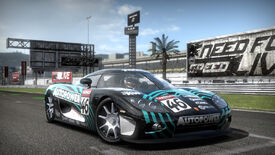 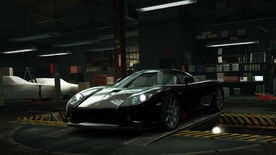 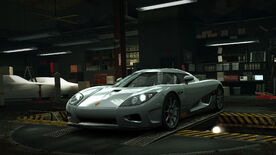 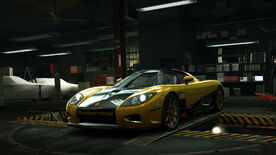 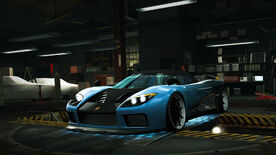 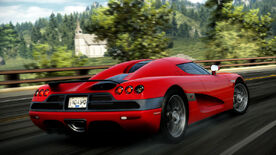 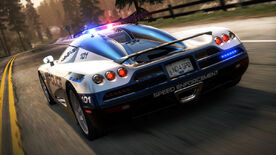 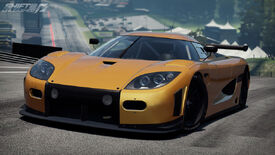 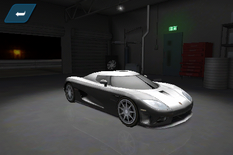 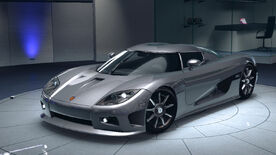 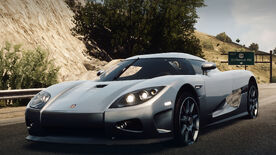