Need for Speed Wiki
Register
Don't have an account?
Sign In
Advertisement
in: Vehicles, 2000s, Koenigsegg,
and 17 more

The same twin-supercharged V8 engine fitted into the CCX is also placed into the CCXR Edition. The only alterations made to the engine include modified fuel injectors, an upgraded fuel line, higher boost superchargers and a set of upgraded piston rings.

The CCXR Edition's exterior is comprised of unpainted carbon-fibre. The CCXR Edition is more powerful than the standard CCXR due to the ignition timing enabled by ethanol.

The CCXR Edition was made available in Need for Speed: World on December 13, 2012 as an A class vehicle.

In terms of performance, the CCXR Edition is superior to the standard CCX. Its acceleration is almost as powerful as seen on the Audi R8 LMS ultra. It also has an highly effective nitrous boost. In corners, its steering provides a lot of feedback, but feels twitchy whilst moving at a high speed. Top speed is 216 mph (348 kmh).

The Beauty '13 style is a holiday themed car that costs

The CCXR Edition appears in Need for Speed: Hot Pursuit (2010) as a Hyper Series racer vehicle, and as an SCPD Special Response unit.

The CCXR Edition is capable of reaching a top speed up to par with the Bugatti Veyron 16.4. It can negotiate corners with only a small loss of velocity although the biggest weakness of the car is its weak nitrous boost.

The CCXR Edition appears in Need for Speed: Hot Pursuit Remastered as a car tier 5 vehicle available to cops and racers.

It has a high top speed for its car tier and can negotiate corners with only a small loss of velocity although it has a weak nitrous boost.

The CCXR Edition is a Hyper Series racer unlocked upon earning 937,500 racer bounty. 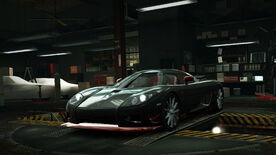 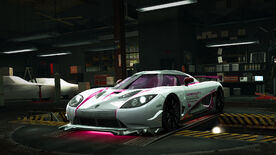 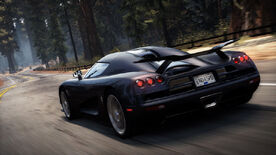 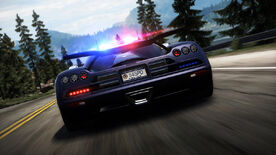