Need for Speed Wiki
Register
Don't have an account?
Sign In
Advertisement
in: Vehicles, Cars, Koenigsegg,
and 17 more

1360 kg (2998 lbs)
The Koenigsegg One:1 is a new generation hyper car currently in development by Koenigsegg. The design goal of the One:1 is to create a category class for excessively high-performance vehicles.[1]

The One:1 is based on the Koenigsegg Agera line of models with the exception of being purpose built to produce a horsepower to weight ratio of 1 to 1. The resulting ratio will propel the car from 0 to 249 miles per hour (0 to 401 km/h) in 20 seconds.

Only six examples of the One:1 will be produced, all of which have been pre-ordered and are destined for the Chinese market. The founder of the company - Christian Von Koenigsegg - said with regards to the One:1, "No one needs a car like this, they just need to want one."[2]

Changes to the Agera R based model include a larger rear spoiler and an active aerodynamic exhaust system that produces 600kg of downforce.[3] The One:1 made its first public appearance at the 2014 Geneva Motor Show in Switzerland.

The One:1 appears in Need for Speed: Rivals as a racer vehicle and an RCPD unit included with the free downloadable Koenigsegg One:1 Pack released on March 4, 2014.

The One:1 has a maximum top speed of 281 mph (453 km/h) with nitrous. However, its handling characteristics require caution when approaching sharp turns. It is also lacking in strength and durability.

It is included with the Koenigsegg One:1 Pack, and is unlocked for the racer faction upon the player completing any of the SpeedLists offered at rank 20.

The patrol specification of the One:1 is included with the Koenigsegg One:1 Pack, and is unlocked upon completing any rank 20 assignment.

The undercover specification of the One:1 is included with the Koenigsegg One:1 Pack, and is unlocked upon completing any rank 20 assignment.

The enforcer specification of the One:1 is included with the Koenigsegg One:1 Pack, and is unlocked upon completing any rank 20 assignment.

The One:1 is a hyper class car that requires 60 legendary blueprints to unlock. The blueprints required to unlock the vehicle can be found from various sources: 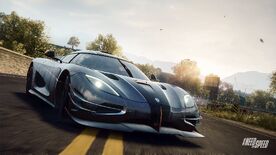 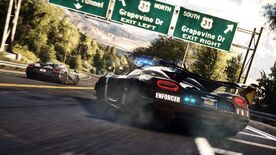 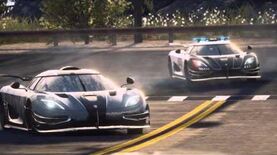 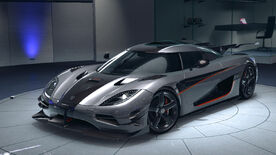 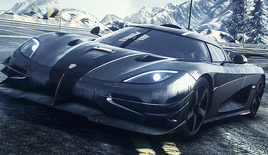