Need for Speed Wiki
Register
Don't have an account?
Sign In
Advertisement
in: Vehicles, 1980s, Lamborghini,
and 14 more

The 1989 Lamborghini Countach 25th Anniversary is a mid-engined supercar manufactured between 1988 and 1990 to commemorate the twenty-fifth anniversary of Lamborghini.

The 25th Anniversary is the final model in the series, and is largely based on the 5000QV, although it uses a slightly different body.

The Countach 25th Anniversary appears in Need for Speed III: Hot Pursuit as a class B vehicle. It is one of the best performers of its class and it can easily outperform the Ferrari 355 F1 with stronger acceleration capabilities. 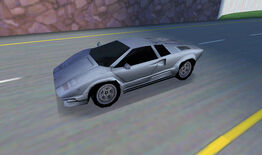 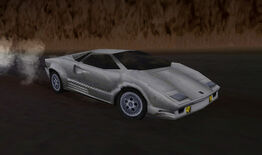 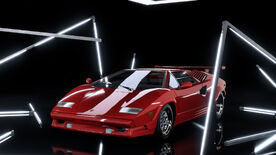 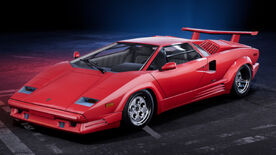